First, let’s start with a quick look at the package, like all the new items it has the Disney logo added to it and has the “Rebels” colors, which  has become the new standard lately, even if the items are not from Rebels.  You won’t want to keep these in the package though, as they are made to be used and from our  tests this weekend, they work GREAT, but more on that later! 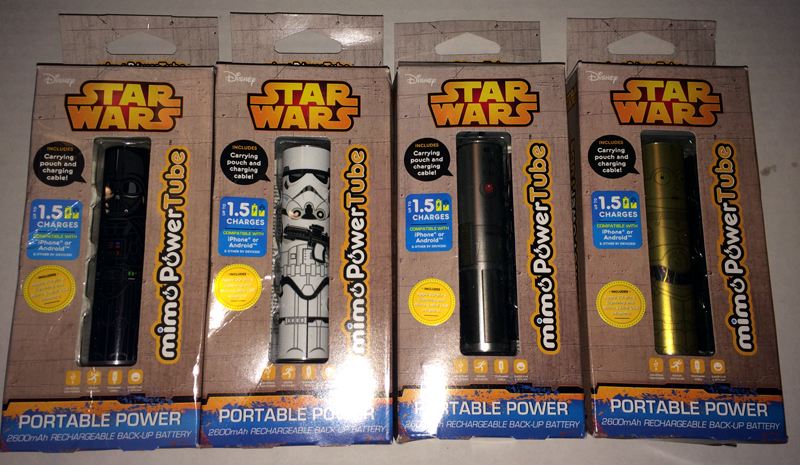 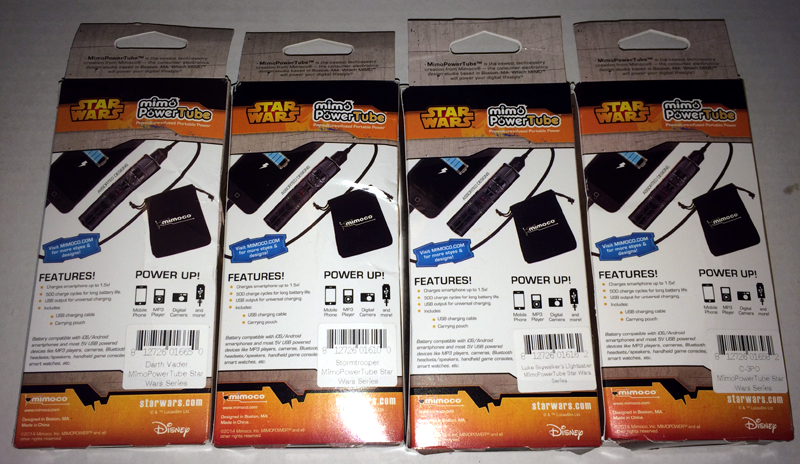 The great thing about these is that they are a universal backup battery that comes with adapter tips for MicroUSB, Apple Lightning and 30 pin devices. They will work on most devices with 5V input that draw a charge from USB, such as smart phones, MP3 players, cameras, GPS, handheld gaming systems and more.  We tested them on the iPhone 4, 4S, 5S, Amazon Kindle, Ipad 2 and MicroUSB on a Mophie and they worked great on all of those devices. The handy bag keeps all the adapters, charger and USB cables together and makes it convenient for travel. 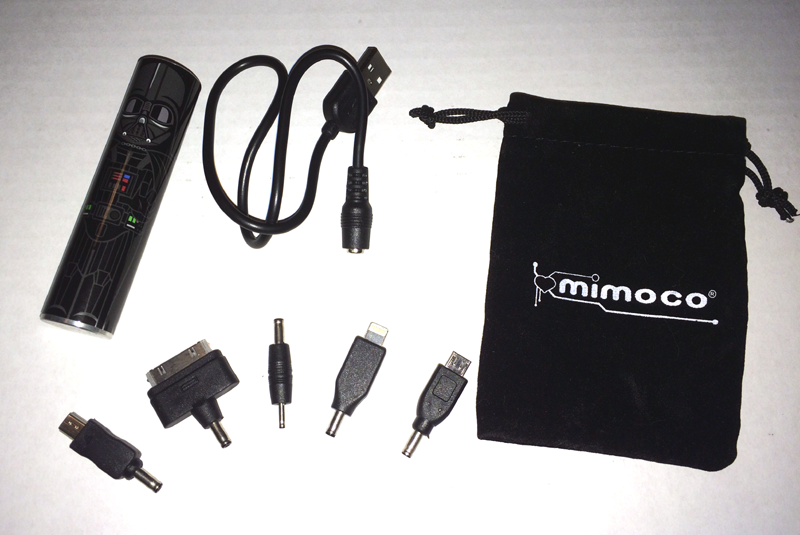 They are very simple to set up, inside the package is all you need and the unit itself charges via a MicroUSB.  It took about 3 hours for a full charge. You will see the light inside go from red to green/blue when it’s ready to go.  The box states you can get 1.5x a charge from each full tube. 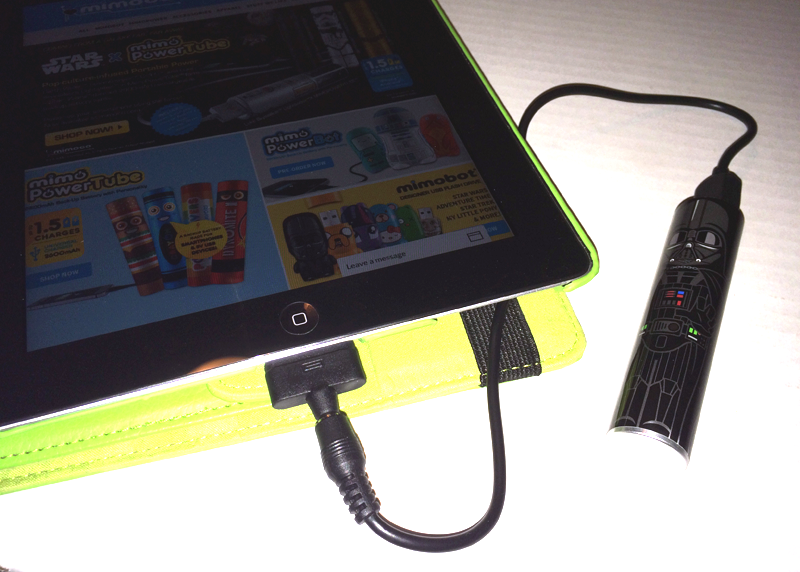 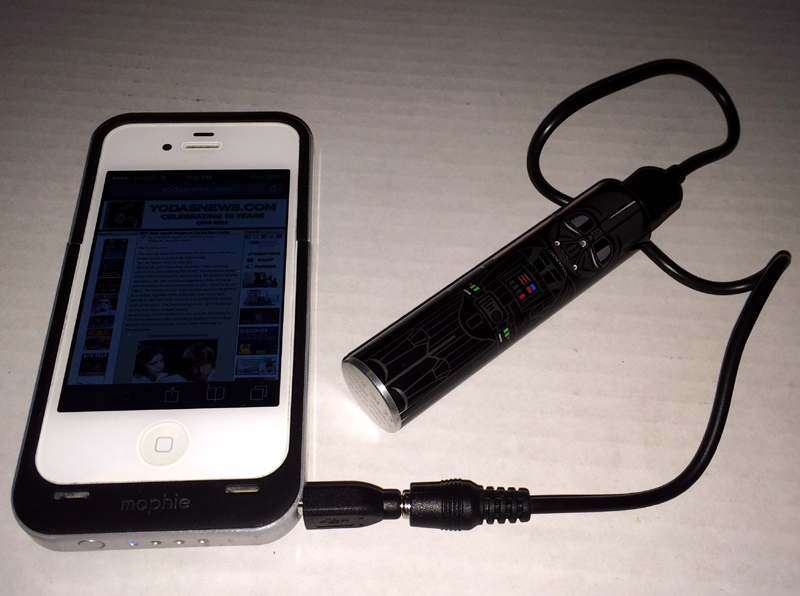 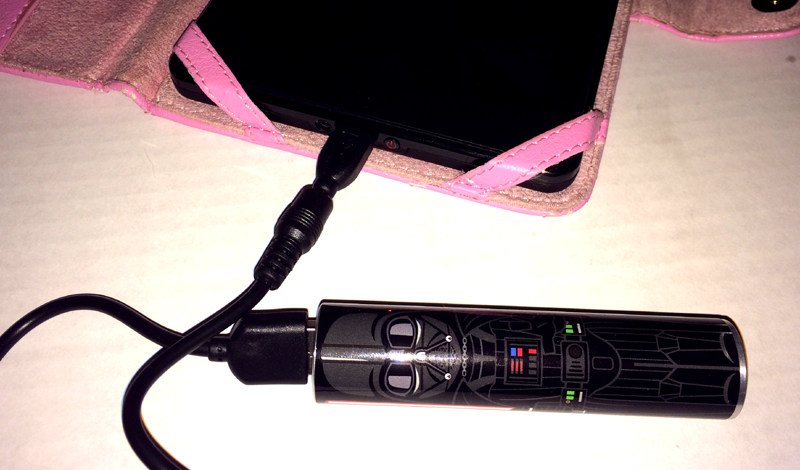 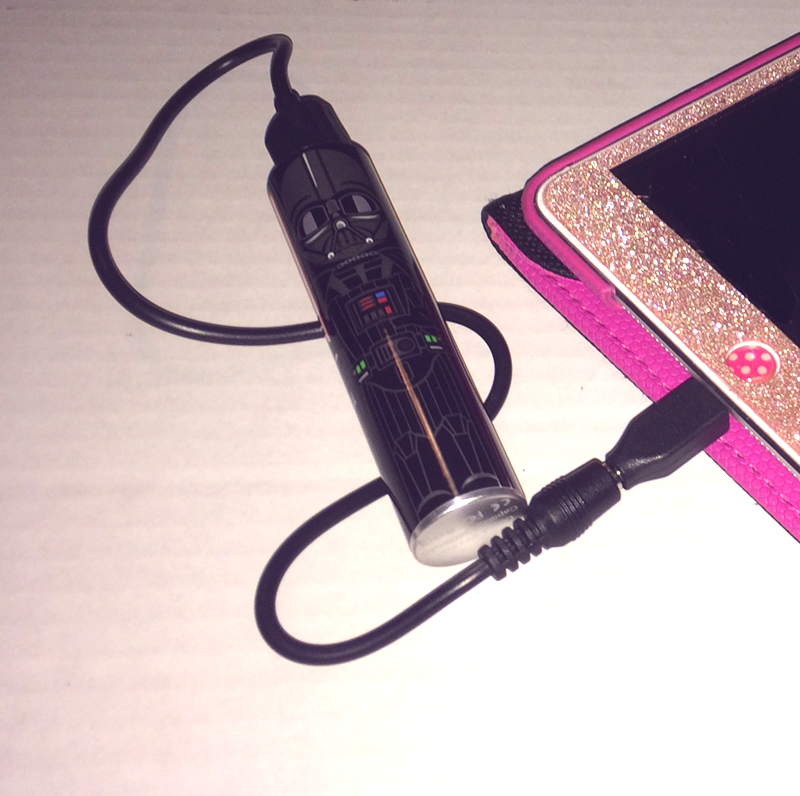 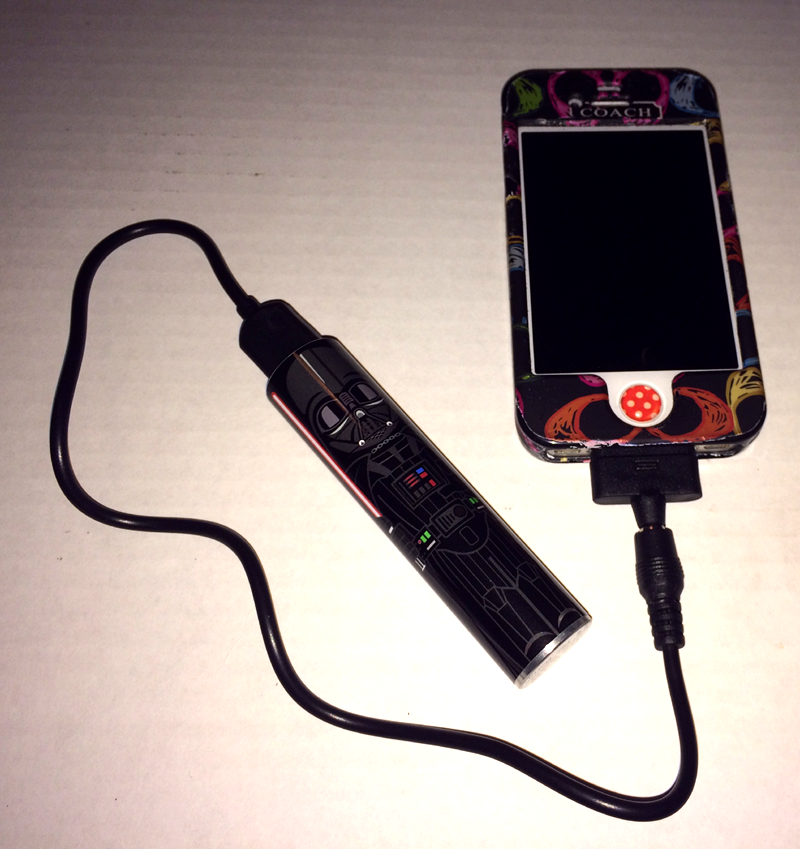 These are worth it for the convenience alone, for $29.99 you toss this in your backpack, purse, briefcase or pocket and no matter what device goes low, you just grab the adapter you need, plug it in and go. Add in how cool they look and it’s a win win for any Star Wars fan! 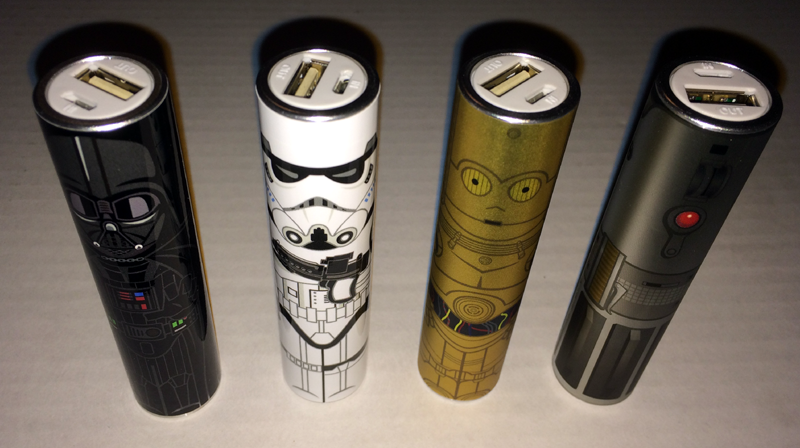 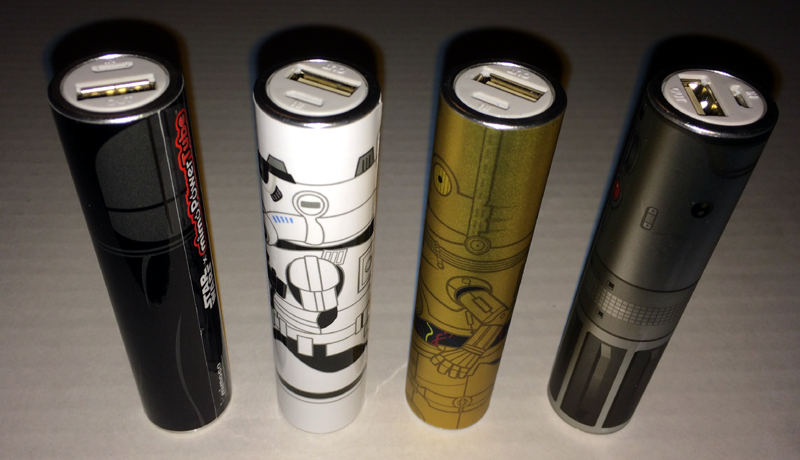 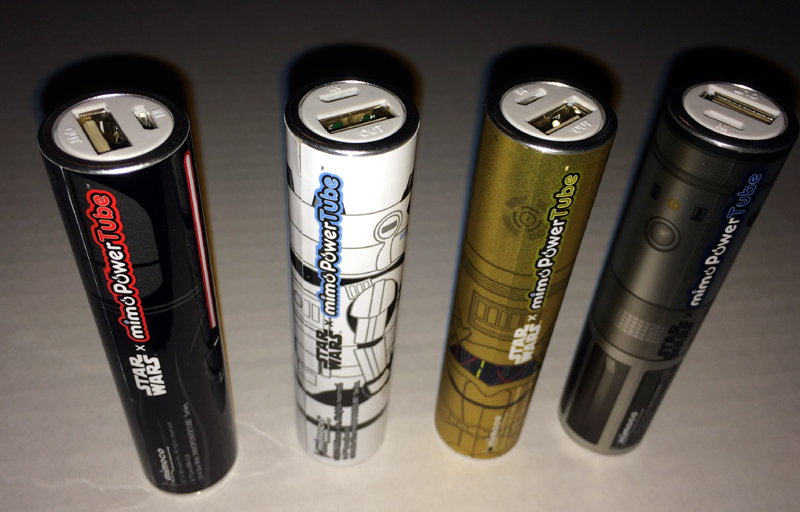 These would make a great gift  (but be sure to  get one for you too!). Kids and adults will love them. You can purchase them right now at this link via www.mimoco.com.

We want to give a big thanks to the team at Mimoco for sending these samples over for us to review!