Emperor Palpatine might have become a staple of modern memes, but he did some truly wicked things between Star Wars Episode 3 and 4.

The Star Wars franchise has been going strong for over forty years thanks to its sprawling worlds and giant collection of characters. Heroic icons like Luke and Leia solidified the Skywalkers’ light side legacy, while the sequels’ Finn and Rey remind us that the choice to be good is what counts. Star Wars has also produced some of pop culture’s most recognizable antagonists to challenge its heroes, and though Vader tends to hog the dark side spotlight, his genesis is thanks to Sheev Palpatine, also known as Darth Sidious.

The evil mastermind and leader of the Sith rose to prominence thanks to his wily ways, and his mind was always churning out plans to further establish his Imperial rule over the galaxy far, far away. However, the galaxy isn’t the only thing he’s subjugated. Thanks to the wonders of the Internet, Palpatine has also conquered the world of memes in our universe. As a result, it’s pretty easy to forget just how ruthless this Sith lord can be when the fandom is swimming in jokes about the story of Darth Plagueis the Wise.

At the end of the day, Palpatine is a tyrant and turncoat whose Empire terrorizes families, destroys livelihoods, and colonizes worlds without mercy. There may have been a massive time jump between Episodes III and IV, but there’s no rest for the wicked.

The following list draws from various Star Wars media, including some of the de-canonized Legends, so spoilers abound ahead. 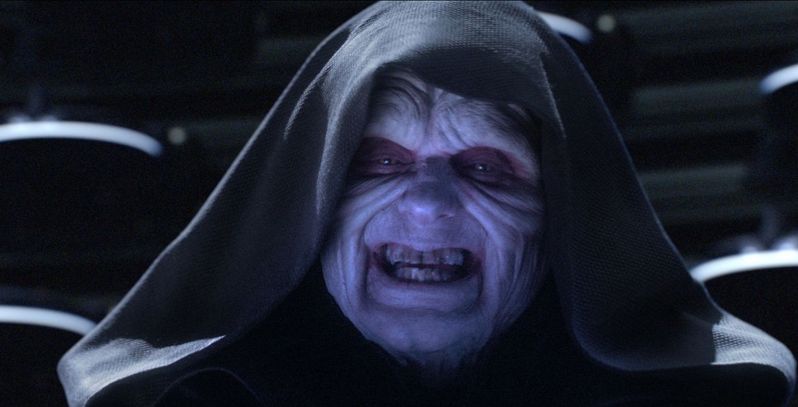