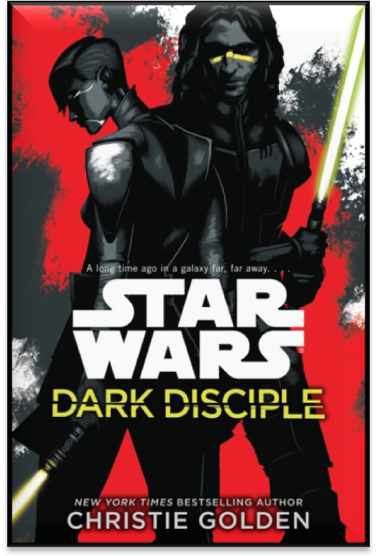 Lets cut right to the chase. Dark Disciple, written by veteran Star Wars author Christie Golden, is easily the most superlative story to come out of the new line of canon. While the other stories that have come before have captured the Star Wars universe well, Golden gives us a top-notch story that we all have been waiting for.

When I first started reading Dark Disciple, I couldn’t contain my excitement. Not only was this a story adapted from unaired episodes of The Clone Wars, but it focused on Quinlan Vos and Ventress! I had a hard time not letting my excitement cloud my perception of the story, but I think in the end I managed to go in with an impartial mind. Speaking of which, you can check out an article I wrote awhile back that give you a more detailed summary of where Vos and Ventress are, here. I don’t want to dive in too deep into their character summaries here.

The story is a fast paced one, and isn’t hindered by spending time on world-building. One of the benefits of this story is that it takes place in a well-explored area of the Star Wars universe. Quinlan Vos is the focal point of this novel and it’s exciting to see a fan-favorite character get some exposition. Vos is most known for his somewhat unorthodox approach to being a Jedi. He is also gifted with a special ability call “Psychometry” which was a “mental technique of picking up impressions and traces of information about the object touched and the events that have surrounded it.” (Wookiepedia)

The story begins with Quinlan Vos being sent on one of the most important missions of the Clone Wars: Assassinating Count Dooku. This alone, shows how well Golden captured the tone and nature of the Jedi at this point. They are so clouded and misguided at this point that they are willing to send a fellow Jedi to infiltrate Dooku’s machinations and kill him. It was refreshing, and true to character, to see Obi-Wan Kenobi question this course of actions. Of course, Quinlan Vos will need to be trained in the ways of the dark side to infiltrate the Separatists. That is where Ventress comes in. The book has a great flow and nothing feels forced. Everything that happens is for a reason and characters aren’t just dragged in for the sake of being there.

The relationship that blooms between Vos and Ventress is probably one of the most interesting to be seen in the Star Wars universe in recent years. It is complex, and the cat-and-mouse game being played between them makes it difficult to distinguish what is really going on. Who is playing who? Dark Disciple is full of intrigue and mysteries, making the pages fly by. About a quarter of the way into the book I knew, this was by far the best addition to the new line of canon, and it scared me. The book was already amazing and had given me so much, I feared the worst. It couldn’t get better, could it? (It did.)

As the story progressed, I found myself not wanting to finish. Not because the writing and tone weren’t superior: they were. Rather, because I didn’t want the story to end. Without spoiling too much, I will say that there aren’t too many options in regards to how this story end. We know Dooku will go on to survive in Revenge of the Sith. Ultimately, Quinlan Vos will fail.  Golden takes this in stride, and instead focuses on the actual journey. The twists and turns, the manipulation, and the conspiracies run deep and fuel this story to the brim. Very few times has a story brought me to actual tears, but seeing the trials and tribulations that Vos must face are extremely heart-wrenching. Seeing his relationship with Ventress grow to the point of true love makes it all the harder when we come to the conclusion.

We also get a lot of inside perspective and the scene were Quinlan Vos finally succumbs to the dark side are very enlightening. We see him contemplating and reasoning until he finally realizes, it’s for the greater good. Only through use of the dark side can he conquer the Sith. It’s struggles like these that really make the characters come to life. They aren’t just tools used to progress the story. They ARE the story.

We did get some concept art for the story arc back when the novel was announced that portrayed Vos carrying a defeated Ventress. Out of context, we didn’t have much to  go on, but as the story progressed that image loomed in my mind as an omen for what was to come. 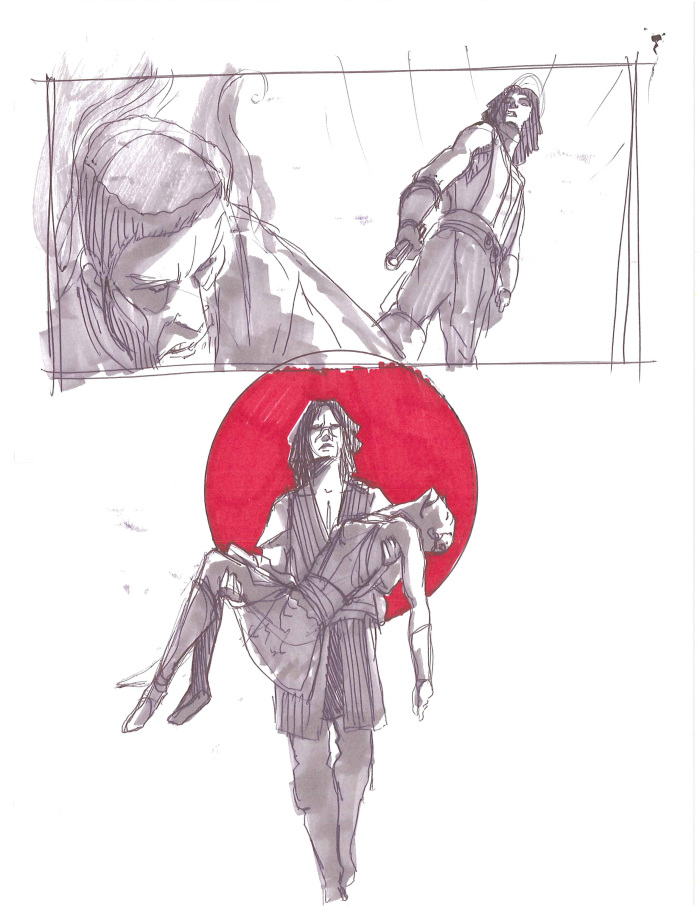 Concept art by Dave Filoni from TCW via StarWars.com

I literally can’t praise Dark Disciple enough. Christie Golden hits every note perfectly, like a well practiced concert pianist. She is the perfect author for this story and stayed true to the tone of The Clone Wars, while injecting her own stylizations into the story. Golden, with Dark Disciple, raises the bar not just for future Star Wars novels, but for ALL Star Wars content! I give this book 10/10 stars.

Thank you to Alex Coumbis and Random House Publishing for providing Yoda’s News with a review copy of Dark Disciple by Christie Golden. You can order this right now for just $19.01 at this link