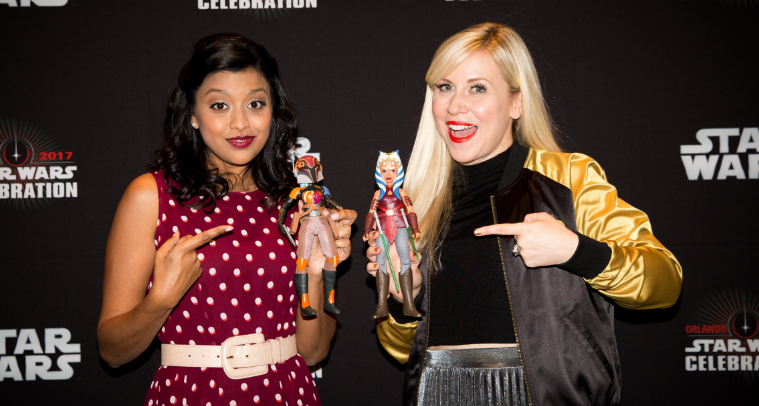 Moderated by Amy Ratcliffe (host of “Lattes with Leia” podcast), fans in attendance enjoyed a conversation about strong female characters central to the Star Wars universe and how they have inspired generations of fans; panelists included: Dave Filioni (executive producer Star Wars Rebels), Ashley Eckstein (“Ahsoka Tano”), Tiya Sircar (“Sabine Wren”) and surprise guest Daisy Ridley (“Rey”). The three actresses were surprised on stage with the reveal of their new Adventure Figures by Hasbro from the just-announced Star Wars Forces of Destiny. As part of the reveal, fans were treated to a sneak peek at the first animated Forces of Destiny short, which will launch on Disney YouTube in July 2017. 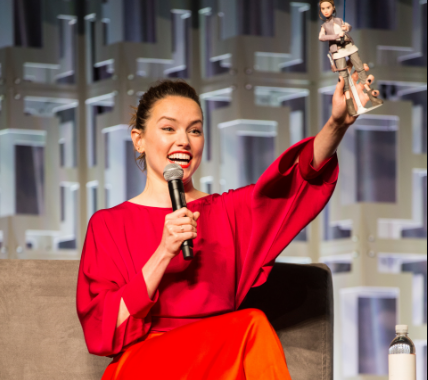 Star Wars Forces of Destiny is new initiative celebrating the inspiring stories of iconic heroes from across the Star Wars universe. An original micro-series of animated shorts (each 2-3 minutes in length) will explore exciting, all new adventures of key characters including Rey, Jyn Erso, Sabine Wren, Princess Leia, Ahsoka Tano and others, ahead of books and a TV special later in the year. The stories will also be supported by a line of toys from Hasbro, including new ‘Adventure Figures’ – a fusion between traditional dolls and action figures, creating a whole new way to play Star Wars. 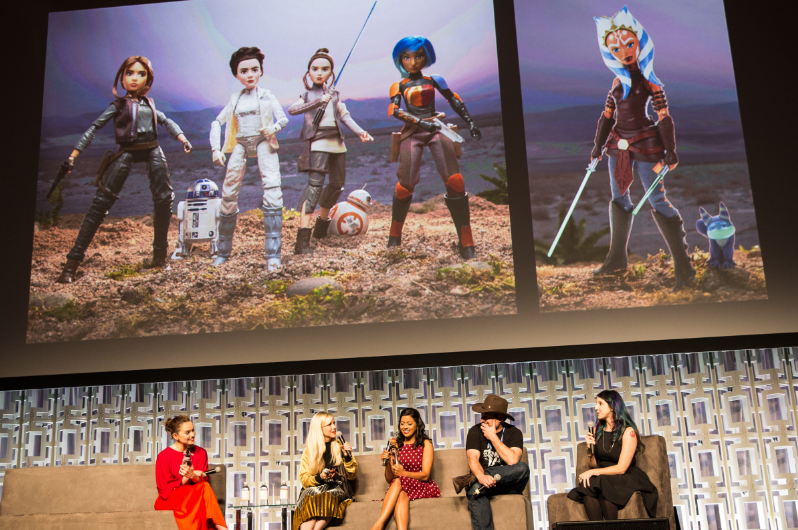