In the latest chapter of the Star Wars saga, Solo: A Star Wars Story we find the most beloved scoundrel in the galaxy Han Solo serving as a corporal with the 224th Imperial Armored Division, a new incarnation named “Mudtroopers” with partial armor, augmented with respiratory gear and sealed bodysuits for combat in unhealthy environments such as Mimban.

Sideshow and Hot Toys are very excited to present the Han Solo (Mudtrooper) Sixth Scale Collectible Figure, an Imperial trooper from Solo: A Star Wars Story. The highly-accurate collectible figure is specially crafted based on the appearance of the Mudtrooper from Solo: A Star Wars Story. It features a newly crafted head sculpt with an incredible likeness of Han Solo, a newly designed Mudtrooper helmet wearable on the head sculpt, impressive armor designs, a newly tailored fabric suit with details, a cape with specially applied weathering effects, a blaster rifle, and a figure stand!

Don’t pass up on the opportunity to pick up this special Han Solo collectible for your treasured Star Wars display! 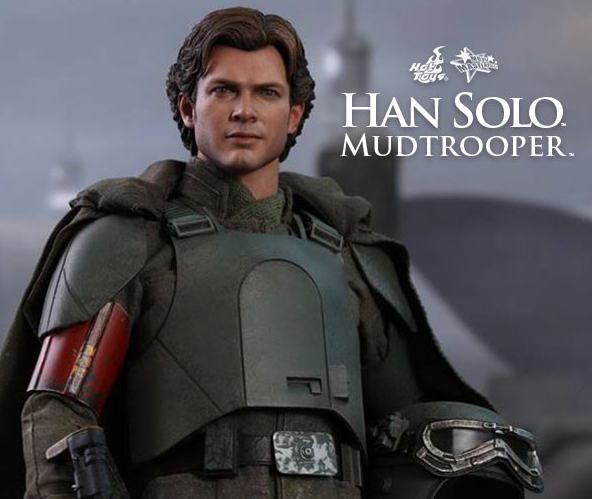