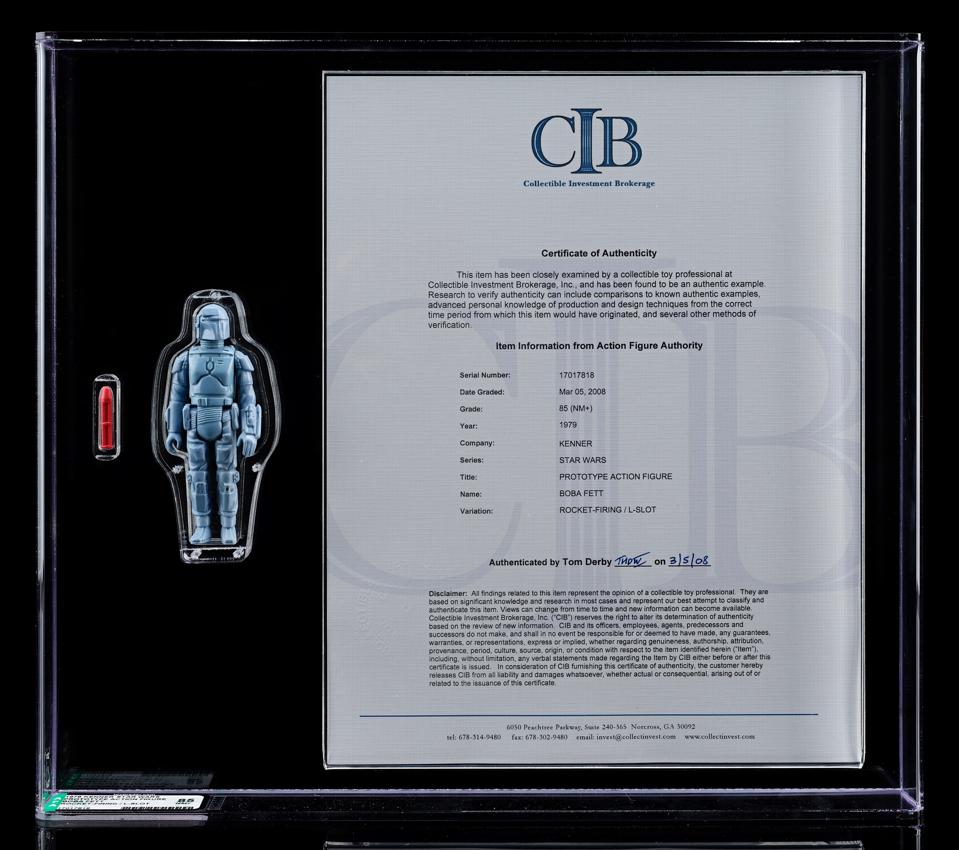 One of the Holy Grails for Star Wars collectors, the Rocket-Firing Boba Fett, is going up for auction.The rare toy is worth over $80,000 and is just one lot in the Prop Stores Toys, Comic Art & Collectibles Live Auction, which kicks off on Wednesday, March 4, 2020. The Boba Fett collectible had a starting bid of $30,000, but absentee bids have already hit $62,500 before the auction officially begins.

There is a reason why this lot, which comes with a Certificate of Authentication, or COA, has a firm place in Star Wars toy lore.

This Rocket-Firing Boba Fett, which is unpainted and made of blue plastic, is a prototype that utilized an L-Slot design named after the shape of the backpack mechanism to allow the rocket to fire. It never went into production but was used by toymaker Kenner to promote the second film in the franchise, Star Wars: The Empire Strikes Back.

It was intended to be mailed out to people who collected a certain number of proof of purchase coupons from other Star Wars toys.

Click here for the full story and more pictures at Forbes.com