We review some of the big STAR WARS reveals at the 2018 NY Toy Fair that have fans buzzing. Collecting expert Dan Curto joins us to break down all the news, including new merchandise from SOLO: A STAR WARS STORY and the ambitious Jabba’s Sail Barge from Hasbro’s new crowd-sourcing initiative, Haslab.  We also talk critically about Star Wars collectibles on the retail level, what works, and what doesn’t. That familiar scream you hear on TV and in movies, The Wilhelm Scream, was an originally inside joke from 1977’s STAR WARS that has since spread like wildfire. Now comes word that it has been “retired” by Skywalker Sound, thus we will not be hearing it in STAR WARS again. We investigate this news and look back at the history of The WIlhelm Scream via vintage RFR highlights featuring STAR WARS sound masters Matthew Wood and Ben Burtt. Plus, J.J. gives an Episode IX update, we look forward to the home video release of THE LAST JEDI, Lando Calrissian pickup lines from Billy Mac and more!
Click Below to Listen 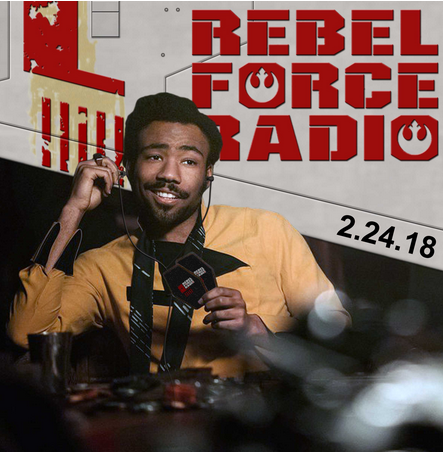