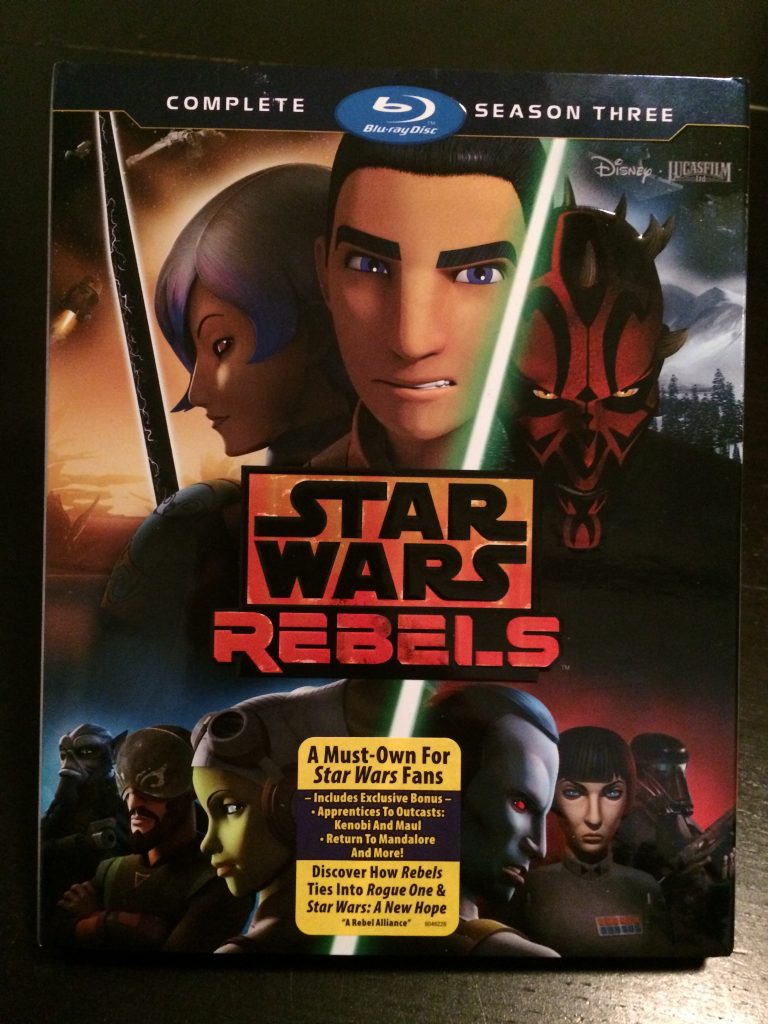 On Tuesday, 8/29/17, Star Wars Rebels: The Complete Season Three drops and it’s filled with bonus features. For me, this was by far my favorite season. I won’t be posting any specific details because I know some readers may not have seen the full season or may be waiting to see it in glorious Blu-Ray, but check out what is featured.  If you are waiting to see it, or have seen them all already, the bonus features are worth adding this to your collection!

Return To Mandalore – Explore where Mandalore fits within the Empire’s regime – and whether Sabine can unite her people against the Imperial forces.

Thrawn: A Legend Reborn – Learn Thrawn’s significance in Star Wars lore, and what the future may hold for this memorable villain.

Apprentices to Outcasts: Kenobi And Maul – Track two adversaries who’ve clashed throughout Star Wars history, and find out why the time was right to conclude their story.

The Original Rebel: Saw Gerrera Returns (Extended) – Meet the Original Rebel. This exclusive extended version features Forest Whitaker discussing the character he brings to life in both Rebels and Rogue One.

A Rebel Alliance –  Discover how the formation of the Rebel Alliance in Rebels ties into the Rogue One timeline – and the exciting story possibilities that lie ahead for season 4.

Rebels Recon – Go behind the scenes with the cast and crew in 19 entertaining and information-packed episode recaps! 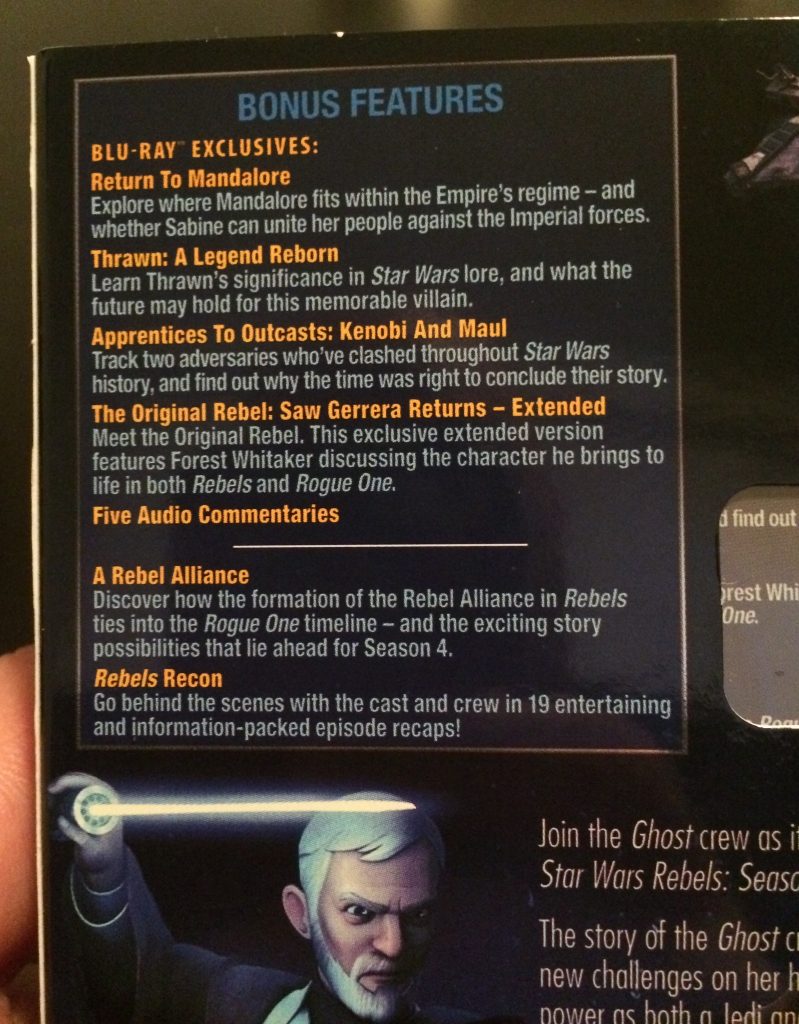 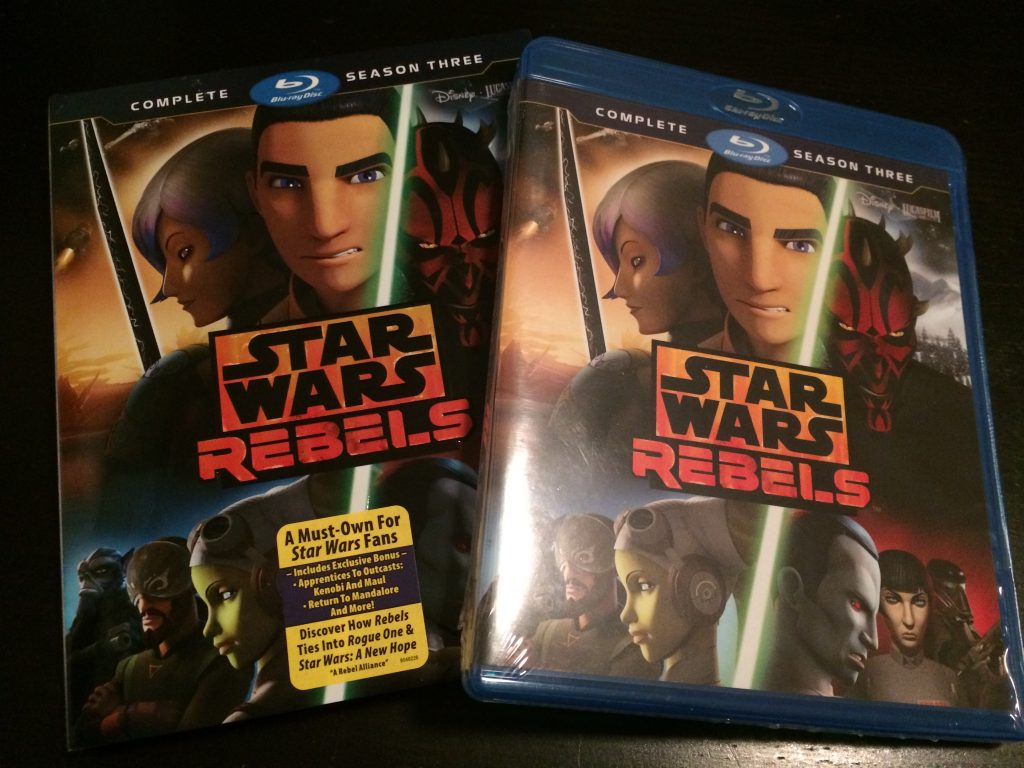