Darth Vader – just the mention of his name conjures up fear not only amongst the rebel alliance but within his own galactic empire, as well! The Dark Lord of the Sith is considered by many to be the villain of a generation of movie audiences.  EFX is honored to celebrate the 40th Anniversary of Star Wars: A New Hope with this special commemorative 40th Anniversary Limited Edition of one of the most iconic helmets in the Star Wars Saga. 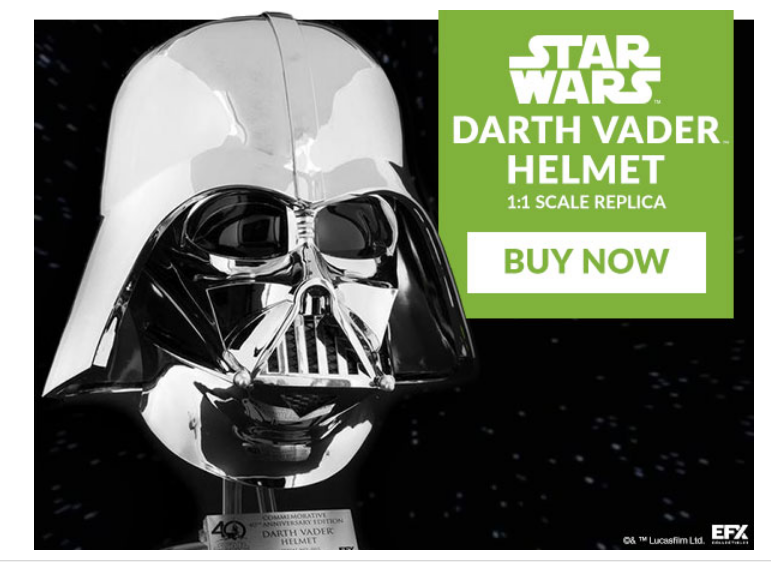