Via Slashfilm.com:
Even those who have a fondness for the Star Wars prequels recognize that Jar Jar Binks is an abomination to the sci-fi saga. The character is a walking punchline in a wholly infuriating way with no redeeming qualities whatsoever. Not even the insane theory about him being a genius villain who was in league with Senator Palpatine would be enough to make the character tolerable.

Since Jar Jar Binks can ruin things just by showing his stupid bug-eyed, duck-faced self, someone decided to take the gorgeous poster for Rogue One: A Star Wars Story and put Jar Jar Binks all over it. The clumsy, moronic Gungan replaced all of the heroes featured on the poster, from Jyn Erso to Saw Gerrera.

To hell with stealing the plans to the Death Star, just scan this image into the space stations operation system and it should just self-destruct.

Kudos to Empire Magazine designer and freelance illustrator Olly Gibbs for doing a fine Photoshop job with this creation. Not only is it high-resolution, but every Jar Jar Binks looks perfect as each different different character. Getting the holographic Death Star plans on Binks couldn’t have been easy, and it looks great. You might notice that there’s even a Jar Jar Binks version of K-2So, which might actually make the character a tad bit cooler. After all C-3PO can be pretty annoying, but he’s also useful as a droid. Plus, if Jar Jar Binks was a droid, we could just shut him off. 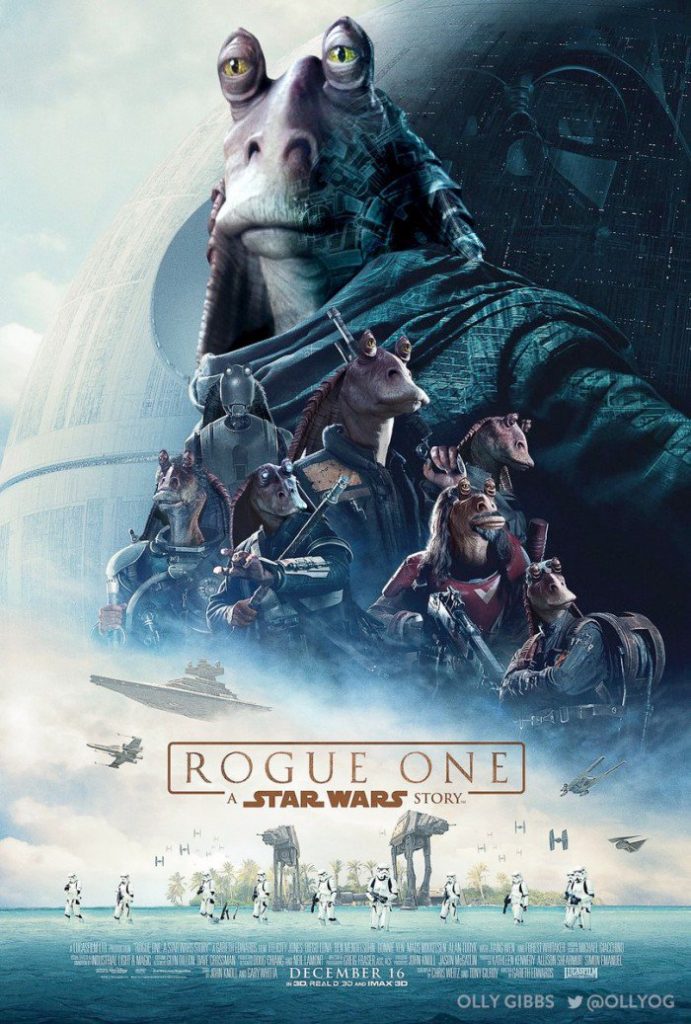