Battlefield Hardline may have cruelly been criticised as a title that felt like cops and robbers-themed DLC for Battlefield 4 by certain segments of the fan base, but no-one should expect Star Wars Battlefront to play like Battlefield in space. Despite the shared developer (DICE), team-based multiplayer classification, as well as the combination of infantry and all manner of militarised vehicles, the two IPs are light-years apart in terms of all of the little nuances that define their respective gameplay loops.

A long time ago…
But first, a history lesson. Before there was Battlefield, there was a game called Codename Eagle. This World War I-themed first-person shooter was built by a Stockholm-based developer called Refraction Games, and mixed on-foot shootouts with vehicular warfare. Refraction Games merged with another Stockholm-based developer called Digital Illusions CE (that’s DICE for everyone keeping track) and, together, they built Battlefield 1942 for the PC.

Battlefield 1942 played like the lovechild of Codename Eagle and what appeared to be part of the recycled feature list of Valve’s cancelled Team Fortress 2: Brotherhood of Arms. Battlefield 1942 went on to be a huge success and spawned not only sequels, but popular PC mods. One of those mods, Desert Combat, blasted the game out of World War II and into contemporary warfare, proving to publisher EA and developer DICE that there was an interest in modern warfare before the release of Battlefield 2. 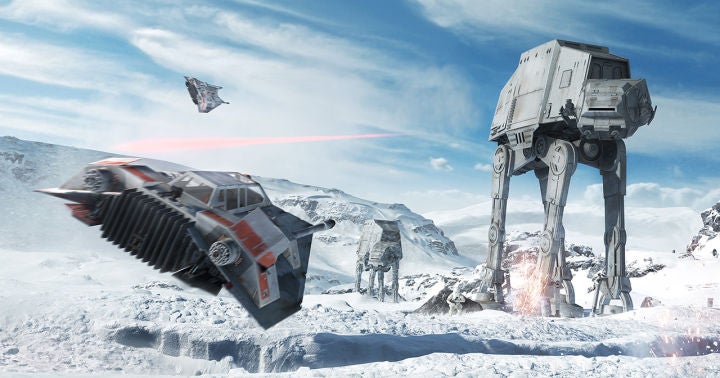