The voice actor behind Admiral Ackbar says he was unhappy with Star Wars: The Last Jedi and Laura Dern’s character Vice Admiral Holdo. Famous for the line, “It’s a trap!”, Ackbar first appeared in Star Wars: Episode VI- Return of the Jedi in 1983 and was voiced by Erik Bauersfeld. Bauersfeld returned in 2015 to voice Ackbar for Star Wars: The Force Awakens, but Tom Kane has also provided the character’s voice on several occasions including The Last Jedi.

Gial Ackbar had a helping hand in destroying the second Death Star, but he also came out of retirement when the First Order emerged. Ackbar regained his status as an Admiral in the Resistance and worked with General Leia Organa to destroy Starkiller Base. After the First Order’s superweapon was destroyed, the First Order retalitated by destroying the Raddus, which killed Ackbar and left Leia in a coma. Apparently, this didn’t go over so well with Ackbar’s voice actor. 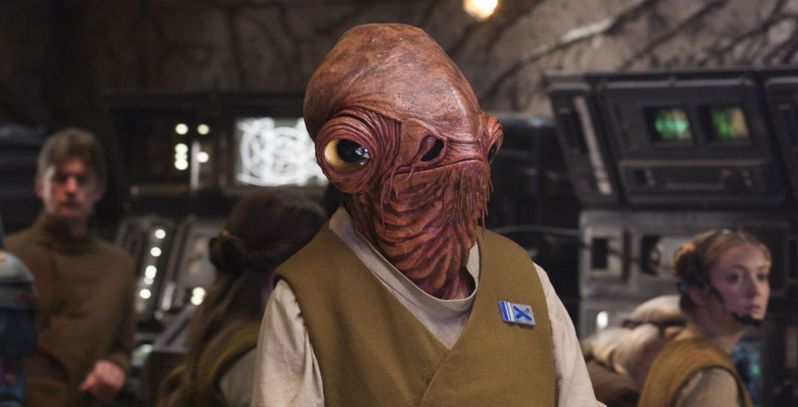