Adventures in Wild Space: The Cold — No Spoiler Review

The Cold is the 6th and penultimate book in the junior reader series Adventures in Wild Space, originally published in the UK as part of the World Book Day initiative. If you haven’t read the first five books in the series, I highly recommend it. While this review won’t include spoilers for The Cold it may include some for the previous books. 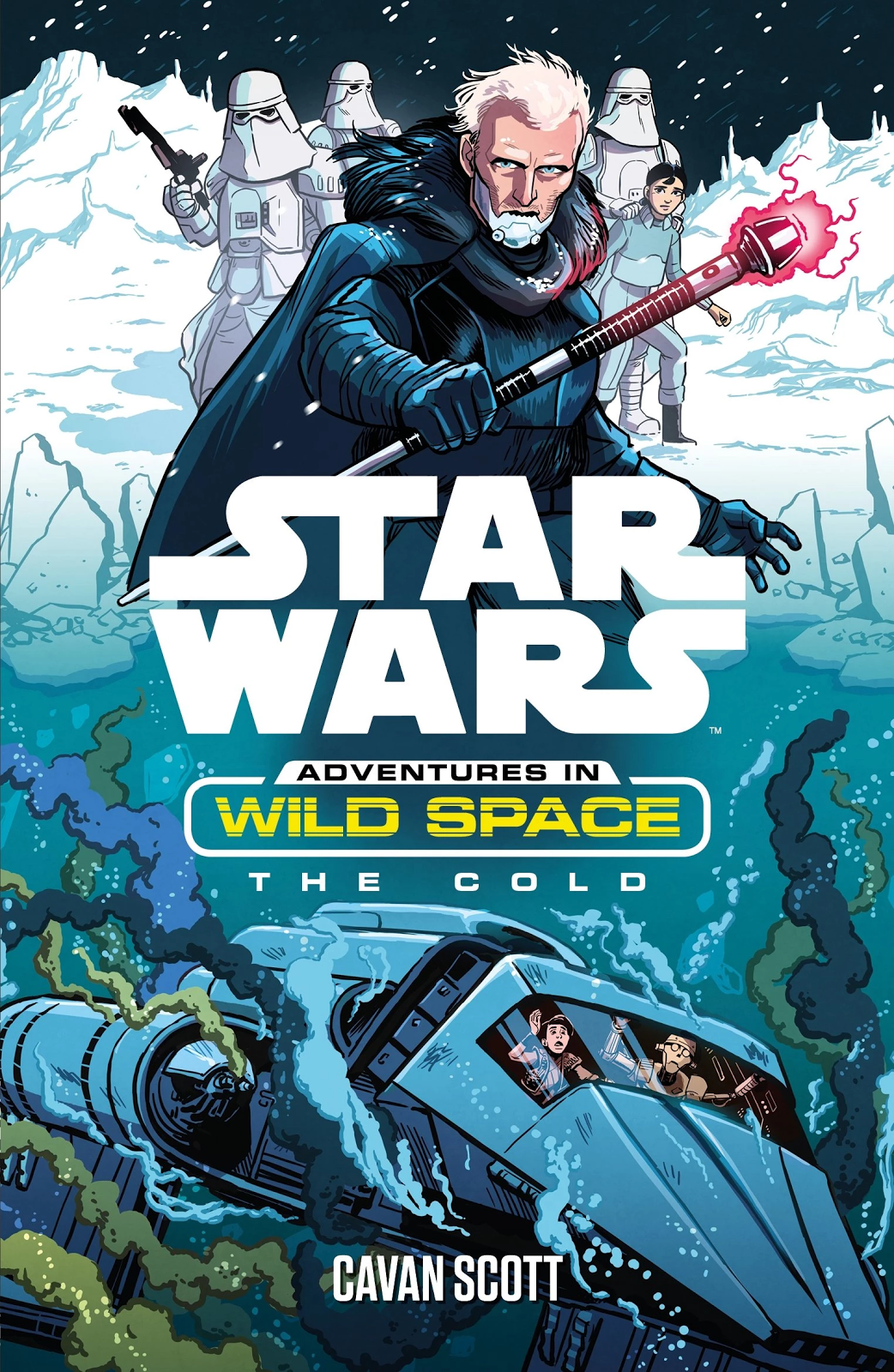 Up until now, poor Milo and Lina Graf, along with their pet Kowakian monkey lizard (same species as Jabba’s annoying pet) and their pieced-together family droid, have seen more than their fair share of adventure. Milo and Lina lived happily with their parents exploring and mapping unknown systems until the Empire kidnapped their parents to steal their maps of Wild Space. Narrowly escaping the imperial abduction, Milo and Lina have been on a mission to get their parents back: evading imperial pursuit, escaping greedy bounty hunters, confronting giant monsters, and swindling underground crime lords. Of course they’ve had some help along the way from some familiar characters: rebel sympathizers Ephraim and Mira Bridger.

The Cold starts with the gang heading out on a routine repair mission for the Bridgers while they wait for new intel about their missing parents. But without telling the others, Lina decides to follow up on a lead on a remote ice moon in Wild Space. The crew yet again gets more than they bargain for and add to their tally of bizarre adventures. But this time the adventure ends with the promise of unlocking information that will finally give Milo and Lina the whereabouts of their long-lost parents.

Even though each of the books in this series is a quick read, they are quite enjoyable. They also do a good job painting a picture of the expanding tyranny of the Empire after Order 66 and before the official formation of the Rebel Alliance. The tie-in with the Rebels TV series is fantastic and rewarding. Also, the implications of the Empire’s desperate pursuit of maps of Wild Space and the Expansion Regions is also quite foretelling, and plays well into the recently concluded Aftermath series. Though it is written for younglings, I recommend this series for Star Wars fans of all ages.