The galaxy is at war, and with it the Jedi have to navigate new roles given to them. Balancing the line between peacekeepers and military officers, two Jedi especially are thrown into uncertainty… not only within, but also with each other.

In his new book, released this Tuesday by Del Rey, author Mike Chen crafts a tale between newly minted Jedi Master Obi-Wan Kenobi and Jedi Knight Anakin Skywalker. Set in the immediate aftermath of Star Wars Episode Two: Attack of the Clones, Chen weaves characters and settings we all know and love with brand new elements, which causes tension between the once-inseparable cohorts and begins Anakin’s journey that we know very well the ending of.

This is STAR WARS: BROTHERHOOD.

Now, those that know me know that the prequel trilogy holds a special place in my heart. My first day working at my local movie theater when I was in high school was the opening day of Star Wars Episode One: The Phantom Menace. Midnight showings of all of those movies are moments I will never forget. Now, while it’s not the best “era” in Star Wars (that honor goes to the Original Trilogy), this time period tells of an important path taken by Anakin Skywalker as he transforms into Darth Vader. And with that, if there is anything that helps craft that transformation, I am all for it.

In the book, while Anakin tries to balance his new role as Jedi Knight with his secretive marriage to Senator Padme Amidala, new Jedi Master Obi-Wan Kenobi must try to keep peace as he investigates a horrific tragedy on a Trade Federation planet. Was is at the hands of the Republic in retribution for the Battle of Genosis? Or is someone like Count Dooku trying to frame the Republic in order to advance his agenda? Hopefully cooler heads will prevail and the answer found without additional blood shed.

A highlight for me was the author’s inclusion of one of my favorite secondary characters from Episode Two… Dex Jettster, the diner owner that led Obi-Wan to Kamino via a saberdart. Well, he’s back, and plays a pivotal role in helping Obi-Wan try and keep the peace on his mission. Dex is a unique character, and I can actually envision his voice and cadence while reading how Mike Chen crafted Dex’s dialogue. Well done, Mike!

Overall, I really enjoyed reading this expansion of the early days of the Clone Wars. It helped fill in some gaps that one might experience between the movies and TV series. I’ve already recommended it to friends and family, who are eagerly waiting to start reading it. 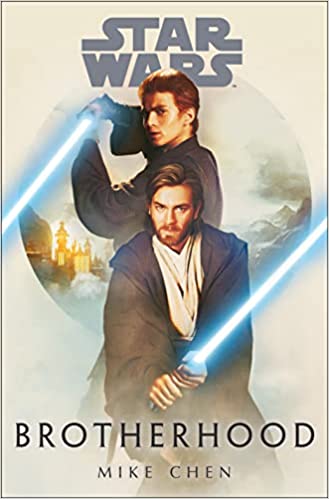 Thanks to Del Rey for sending us the review sample.

This week, the team over at Del Rey Publishing released Star Wars: The High Republic: The Fallen Star. The final adult novel in Phase One of the High Republic media franchise, it is also the direct sequel to The Rising Storm, which was released this past summer. Following the Jedi Order and their war against the Nihil, also known as “space Vikings”, The Fallen Star is written by Claudia Gray.

Up front, if this is your first foray into the world of The High Republic, I strongly suggest, at minimum, reading a synopsis of the two previous adult novels in this series, the previously mentioned The Rising Storm as well as the first novel in the series, Light of the Jedi. Shortly after starting the audiobook for The Fallen Star, I found myself needing more background on these characters that were totally new to me. While I’m now inclined, and probably will, read the first two novels in this Phase, even the Wikipedia synopsis of the books gave me enough of a base of knowledge to not be totally in the dark with these characters.

Gray, who has been part of the Star Wars writing team since 2015, craftily concludes this Phase, set about 200 years prior to Star Wars Episode One: The Phantom Menace. This novel showcases the aftermath of the attack on the Republic Fair by the Nihil and its leader Marchion Ro, and the struggles of the surviving Jedi Order stationed on Starlight Beacon, a massive space station built to bring hope back to the galaxy. Loyalty is questioned and relationships tested. Will it all be enough to defeat the Nihil, or will the Jedi Order fall?

For audiobook lovers, prolific voice-over actor Marc Thompson is once again lending his talents to the Star Wars: The High Republic series. Voicing Star Wars novels for the past fifteen years, Thompson has a wonderful skill at creating his character voices. I personally admire actors who can do that, and Thompson is definitely one of them. In this audiobook, I was especially amused by Thomason’s Shyriiwook dialect for Wookiee Padawan Burryaga Agaburry, as well as his chosen timbre for logistics droid JJ-5145.

Overall, this first delve of mine into The High Republic franchise has left me wanting more. While my first go-to is expansion in the Star Wars timeline most of us know and love, I am excited to see how this timeline unfolds… and maybe how it’s tied into more of what we already know now.

Thanks to Disney Lucasfilm Press for the review sample for free

Please click HERE or below to pick this up, it’s out TODAY! 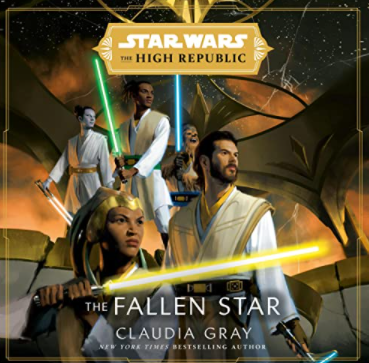