The story of Katie Johnson and of R2-KT is one that should be better known by Star Wars fans and by Star Wars: Destiny gamers.

As a Star Wars fan, she asked for a droid to watch over her like R2-D2 did for Padme. The ‘R2 Builders Club’ pulled together and as time was limited a member sent their own droid re-painted pink (Katie’s favourite colour) and renamed in her honour as ‘R2-KT’. She was able to meet her new friend before she succumbed to her illness.

Her immense bravery not only fighting against her terminal brain tumour but also with the treatment is a story of courage and determination.

Sadly, though, Katie passed away a few months later, at 7-years-old.

George Lucas himself added the new droid character into the Star Wars films and story canon, and a Star Wars community around supporting terminally ill children has flourished around the world.

Katie’s story and her dauntless nature should be honoured and remembered and I feel that it would be only right that there be a character card and dice created for the character of ‘R2-KT’ and that it be released for the game.

The full story of Katie Johnson and R2-KT can be read in full at the website: http://www.r2kt.com/ 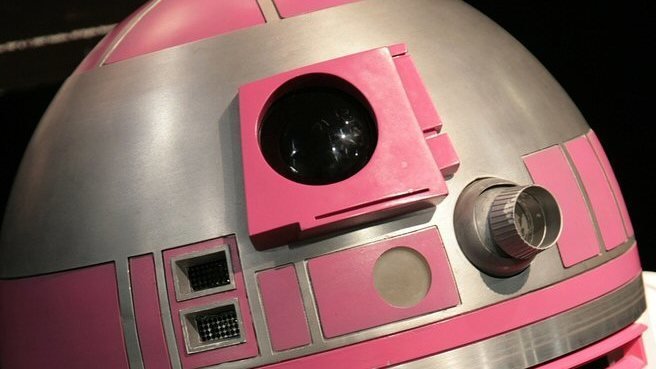