This week, prepare for the King of Monsters Godzilla as S.H.Monsterarts figures from its appearance in 1954 and Godzilla Against Mechagodzilla! Meanwhile basketball superstar LeBron James joins Batman as part of the MAFEX series. The many forms of the brave warrior Link can be yours as collectible figures, alongside other video game and anime characters—Final Fantasy VII statuettes, Mega Man in Falcon Armor, Gurren Lagan as a model kit, and of course, new Nendoroids featuring Zootopia’s Judy and Nick and Eijiro Kirishima from My Hero Academia. Finally, Imaginarium Art’s line of statues continues with their huge Devastator collectible statue! 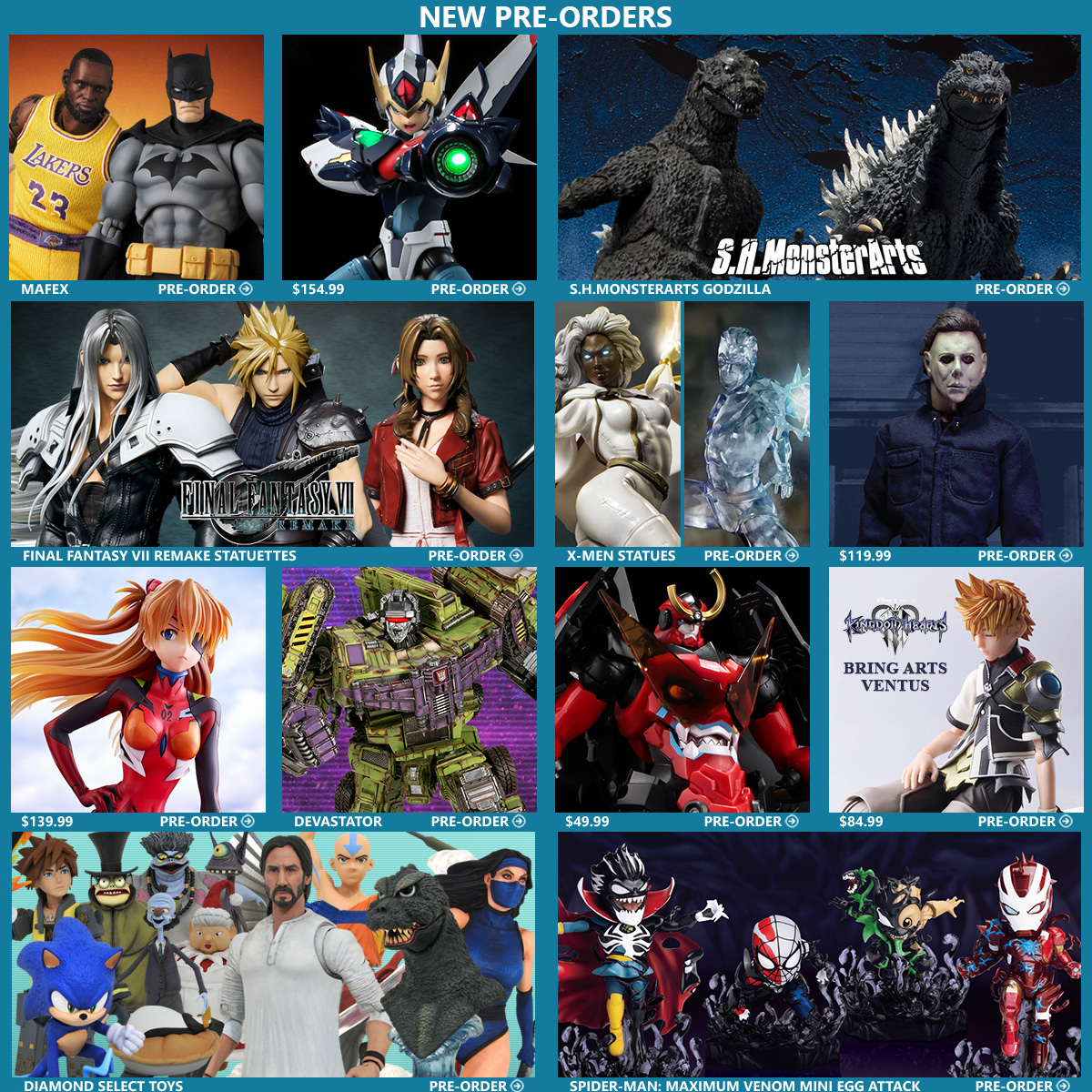 TMNT: Turtles in Time Wave 1 is here! These figures are from the TMNT: Turtles in Time arcade game and includes Donatello, Leonardo, Slash, and a Foot Soldier. Included with the figures are signature weapons and a brand new hoverboard with display stand that can be used for even more poses. The evil mutant turtle Slash comes with sword accessory. All figures feature a special deco that recreates the pixilated look of the video game and come in individual window boxes with graphics from the original arcade cabinet.