Who said that? Why, it’s the Marvel Legends Deadpool Premium Interactive Head—and it’s up for pre-order! In addition to this classic Marvel character, collect other unique items like the Conan the Barbarian Ultimates figure, The Texas Chain Saw Massacre’s Leatherhead as a Bishoujo statue, the Etherious Pop! Natsu Dragneel from Fairy Tail, and the main character of Dorohedoro Caiman as a huge 1/6 scale figure. Star Wars: The Black Series and Vintage Collection continues alongside the 10-inch Funko Pop! Mandalorian (holding The Child of course). Mezco announced their One:12 Collective 1978 Superman figure, while Koto’s ArtFX Premier Captain Marvel swoops in. Finally, SDCC 2020 may have been canceled but don’t fret—Diamond has your fix of 2020 PX Previews Exclusives! 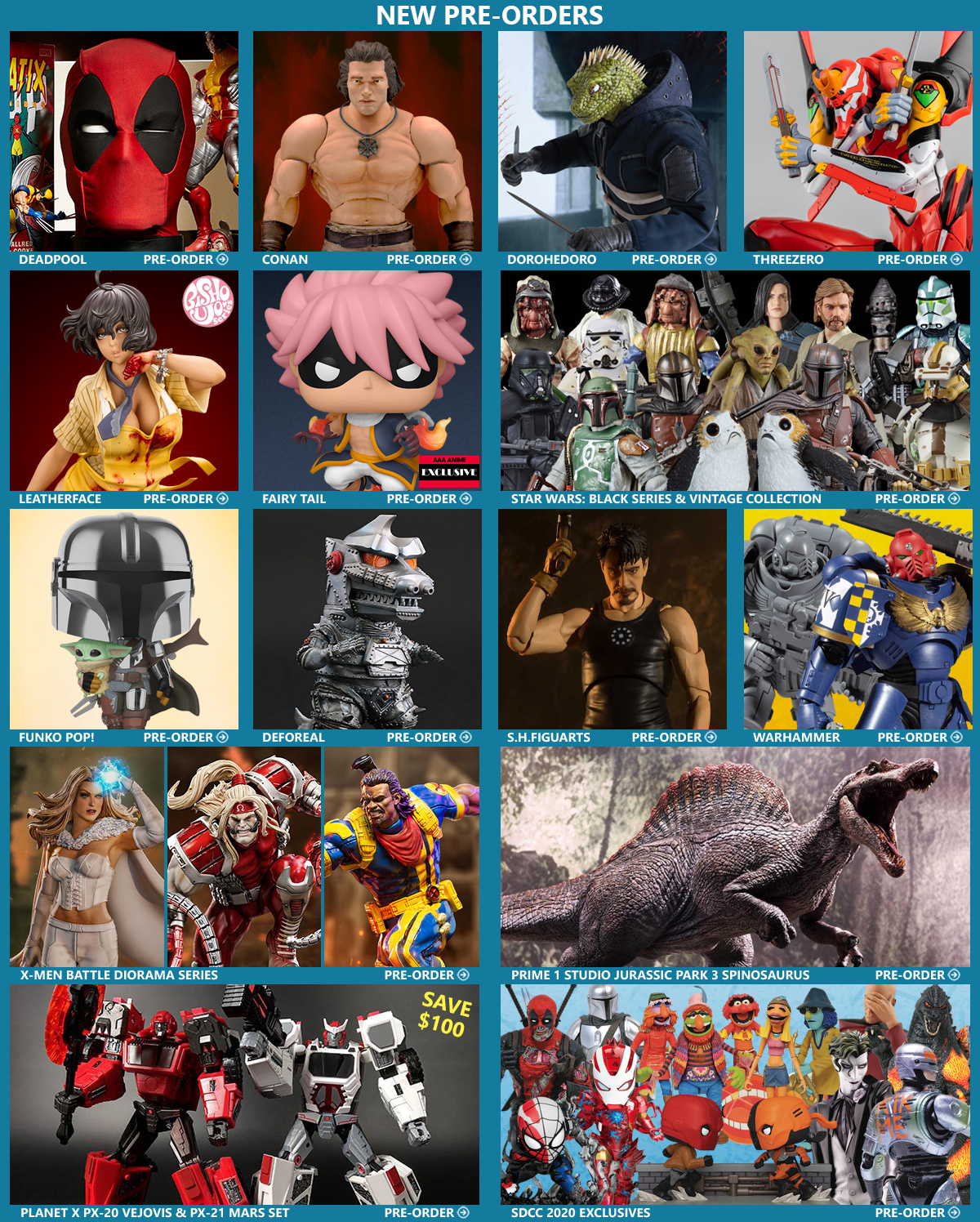 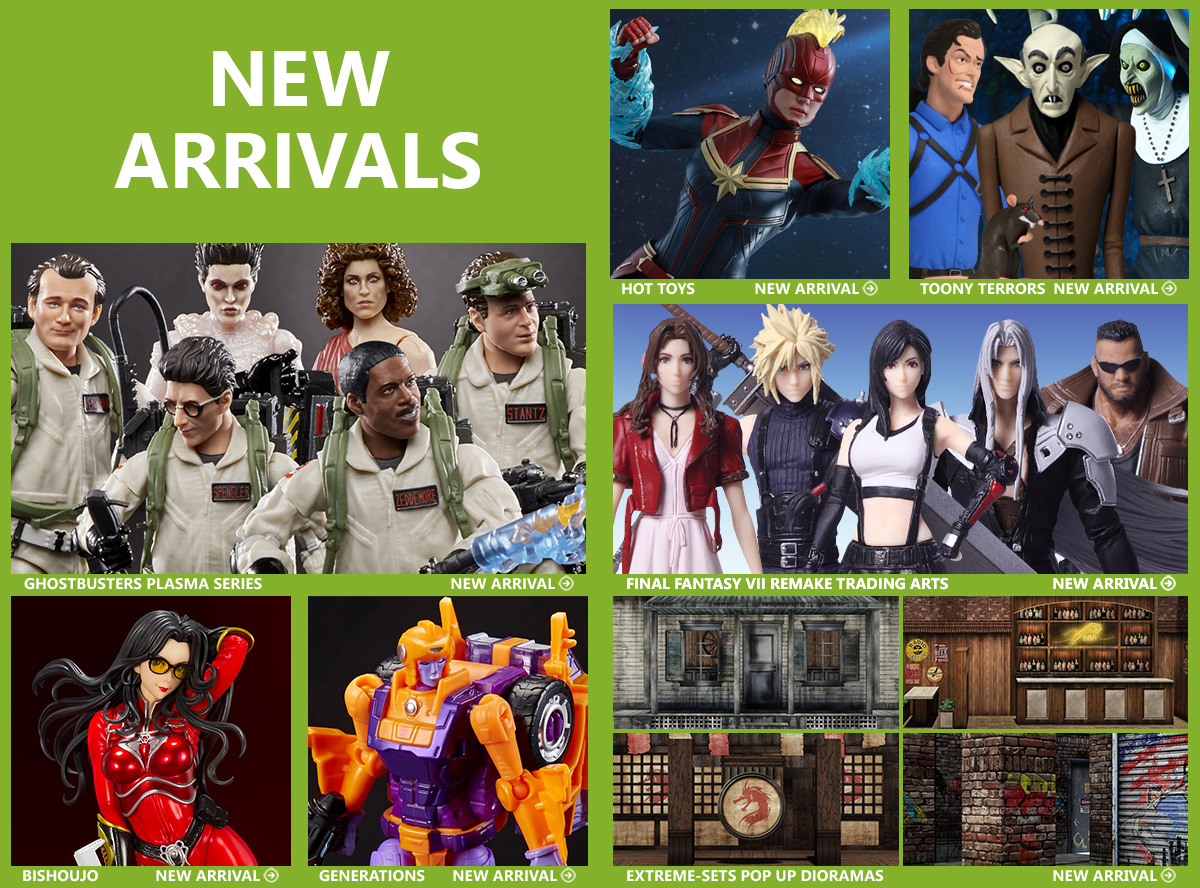