NEW PRE-ORDERS
Grand Admiral Thrawn, Commander Cody, Han and Luke (in Hoth gear) join the Star Wars: The Black Series Archive Collection. Wave 8 has now been announced for the Power Rangers Lightning Collection. Next in the One:12 Collective line is Predator and it is outfitted in battle armor with thermal netting and a fortified chest plate, allowing for greater mobility while hunting. Nightwing vs Red Hood have entered McFarlane’s DC Multiverse as a two-pack! With its release yesterday, Cyberpunk 2077 fans can celebrate with tons of action figures including the new Nendoroids. Angelica Jones soars into battle and the Marvel Legends Series, harnessing the power of microwaves to combat evil as Marvel’s Firestar. Imagine tracking down bounties and battling opponents with the NERF Star Wars Amban Phase-pulse Blaster. 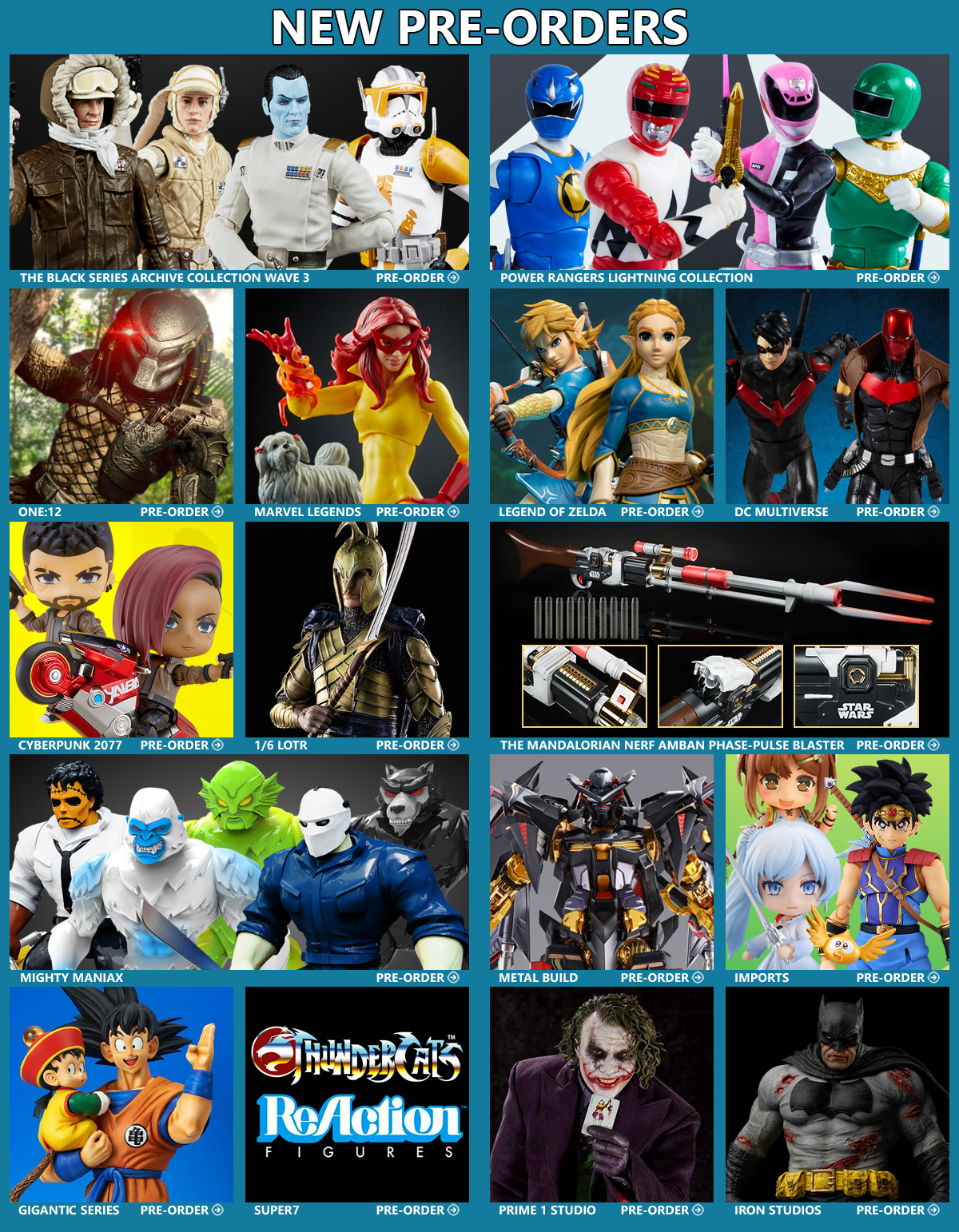 NEW ARRIVALS
Tons of Transformers Generations Selects figures have arrived! At long last King Kong has joined NECA’s action figure line and is now in stock! Build your Mega Construx collection with five collectible micro action figures based on popular Masters of the Universe characters! The Armored Lost Predator is given an upgrade with an all new body loaded with articulation, an assortment of interchangeable hands, and two heads, one of which is a masked head with a functioning red LED. The Apollo 11 & Saturn V Launch Otona no Chogokin 1/144 Scale Vehicle Set has been restocked! All the stages of the rocket—from take-off to splashdown—have been reproduced. Just like the real thing, the rocket splits into nine sections, so that you can recreate all stages, including launch, the moon landing, and touchdown! Now in stock is the BigBadToyStore exclusive Dragon Ball Mercenary Tao FiGPiN! Pinhead is back in stock from NECA’s Ultimate action figure line.