Thanks to fans in the Star Wars community, the PSWCS.org Boba Fett charity medallion, benefitting Valhalla Veteran’s Services, is now sold out!

The last of the 1,000 medallions sold this afternoon making it the fastest selling medallion PSWCS.org has released. The previous fastest selling was Darth Vader which was released during Star Wars Celebration Anaheim in 2015. Darth Vader sold out on Sunday, the fourth day of the convention. Boba Fett sold out in just 58 hours.

The final donation will be announced once all of the medallions have shipped to fans. PSWCS.org wants to thank everyone that chose to help support a very important charity in Valhalla Veteran’s Services. 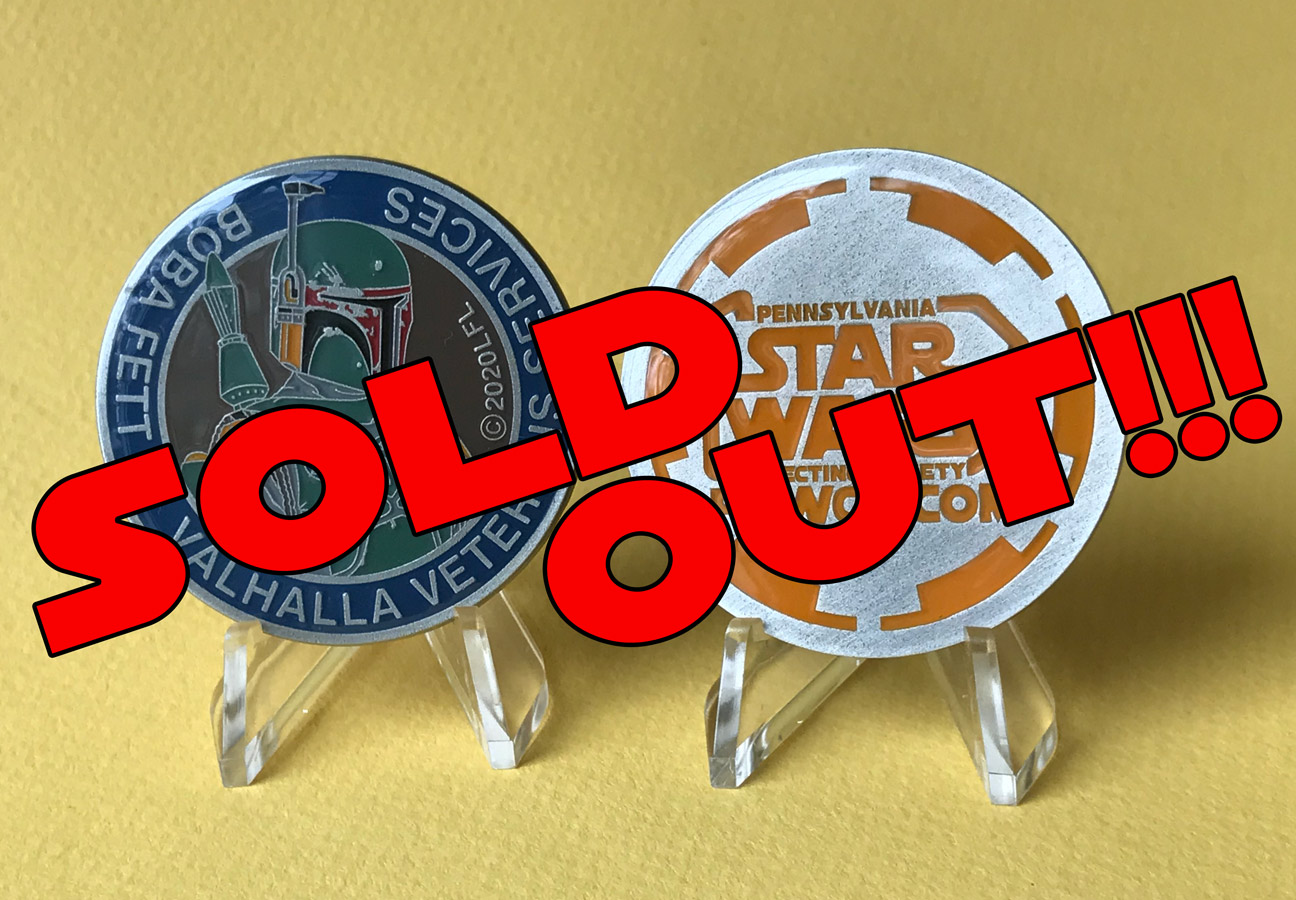