Last year, Claudia Gray amazed Star Wars fans with her portion of the “Journey to the Force Awakens” series, Lost Stars. I personally read each canon novel in chronological order as part of a 6-month long marathon to prepare for the new film, and of the 16 novels I read, Gray’s was the most rewarding, most exciting, and most thought-provoking of them all.

You can imagine my excitement to learn that Gray’s novel Bloodline was the first novel post The Force Awakens to begin to explore the world into which we were so abruptly thrown last December.

The story is set 20 years after the fall of the Empire, roughly a decade before the events of The Force Awakens. When I first started reading, I was overwhelmed with anticipation that my many questions about the mysterious 3 decades between Episode VI and Episode VII were about to be answered. How did Ben Solo become Kylo Ren? Who is Supreme Leader Snoke? Who is Rey and who left her on Jakku? What happened between Leia and Han? Why did Leia need to organize the Resistance separate from the New Republic? When did the First Order first rear its ugly head? To both my consternation and my awe, Gray does a masterful job at answering only a few of these questions while leaving others a complete mystery. So if you are hoping this book will answer all of your questions, you will be disappointed.

But if you are looking to better understand how the New Republic could possibly come to a point where Leia, who has dedicated the entirety of her adult life to establish the New Republic in the aftermath of the Empire’s downfall, would leave a life of politics to lead the Resistance against the emerging threat known as The First Order, then this book is for you.

Senator Leia Organa is struggling to bring together a divided senate, knowing the dangers that face a fractured government. She decides to take matters into her own hands to investigate a crime syndicate, led by Nikto crime lord Rinnrivin Di, threatening to destabilize the region around Ryloth. To her dismay, she is accompanied by her political and ideological rival, Senator Ransolm Casterfo in an effort to keep the investigation “objective.” This investigation kicks off an epic adventure, which exposes a deeper, sinister plot aimed to destroy the New Republic by a dangerous threat thought only to be legend. Organa and Casterfo struggle to put political differences aside to unite against the greater threat, and in so doing realize how deep the divide in the New Republic really is.

Just as she did in Lost Stars, Gray masterfully exposes the most human elements of her characters as we witness Leia’s courage in persevering after losing both her biological and adopted parents in the same war that destroyed her home planet of Alderaan. We learn that the line between good and evil is especially blurry when it comes to political ideology, and how otherwise good people who are unwilling to understand another point of view are capable of collectively accomplishing great evil. This is a must read, building on the events in the Aftermath series and shedding light on how the great potential of Mon Mothma’s New Republic could be reduced to rubble just 30 years later.

Click Here or the image below to pick this up via digital, audio or physical form.  We would like to thank Del Rey/Penguin Random House for providing the review sample. 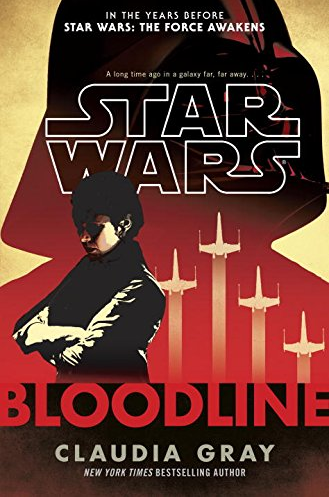