The Lucas Museum of Narrative Art has had a somewhat troubled history and constant hurdles have put the project behind; much like the construction of the second Death Star. The Lucas Museum is a dream from the inspiring creator of the Star Wars franchise, George Lucas, who aims to focus on narrative art to engage the public in his new venture. As a veteran storyteller, narrative art is something that Lucas is quite intimate with. Narrative art is the idea of using art to tell a story, either as a singular moment of an event, or a sequence that shows an ongoing story. Lucas has always had a passion for narrative art, and the Lucas Museum is the perfect outlet for him to share his passion with the world.

Unfortunately, the project has been met with many roadblocks (or blockades perhaps?) over the past year. Last summer, the city of Chicago won the bid to have the $300-million museum placed in it’s city, after Lucas was unable to obtain his desired city: San Francisco.  Lucas acquired 17-acres of property on Lake Michigan, a location currently occupied by two parking lots. The image below shows the planned museum location, which is projected to be opened in 2018. 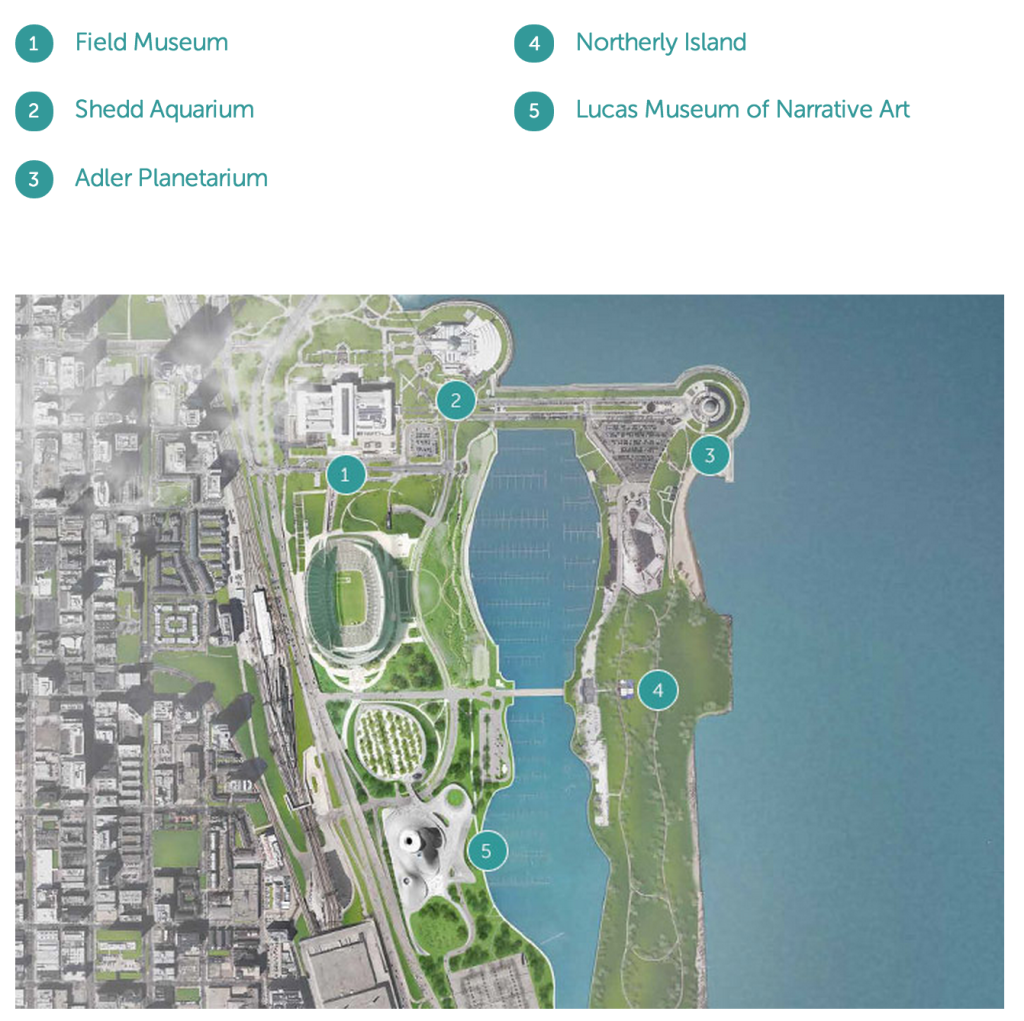 Map of planned Lucas Museum in Chicago, IL, via www.LucasMuseum.org