Darth Vader will return in the Star Wars spin-off movie Rogue One, according to Birth.Movies.Death.

Devin Faraci, a writer for the fansite, which was formerly the generally reliable Badass Digest, reports the long-running space saga’s most iconic villain will have a string-pulling background role in Gareth Edwards’s film. He will appear on screen, possibly remotely via “viewscreen or holo-projection”, but will not be the main antagonist of the piece.

Rogue One is set in the period before the first Star Wars movie, first released in 1977, and is a heist movie centred on a group of rebels vying to steal the plans to the first Death Star. Vader’s presence somewhere in the frame therefore makes sense, as the Sith lord would have been one of the nascent evil Empire’s main commanders during the period.

Also expected to appear is Grand Moff Tarkin, commander of the first Death Star who was played memorably by Peter Cushing in Star Wars. The source for Birth.Movies.Death. was unable to confirm whether the character would return.

If Vader does appear on screen for the first time since a brief turn in 2005’s Star Wars prequel Revenge of the Sith, he could be voiced once again by the veteran US actor James Earl Jones, who provided the villain’s velvety tones in the original trilogy (British actor Dave Prowse famously portrayed Vader on screen). Jones, 84, recently provided the voice for Vader in Disney’s Star Wars Rebels animated series. Last month, however, Oscar-winner Forest Whitaker was reported to be taking an unspecified role in Rogue One, and would make a fine replacement.

Rogue One stars The Theory of Everything’s Felicity Jones, Riz Ahmed, Diego Luna and Ben Mendelsohn. The title of the spin-off – Disney-owned Lucasfilm is referring to the film as its first “Star Wars Anthology” movie – suggests the rebels involved may be X-Wing pilots. Edwards’s film is due to hit cinemas on 16 December 2016, approximately a year after JJ Abrams’s The Force Awakens kicks off a new trilogy of Star Wars movies. 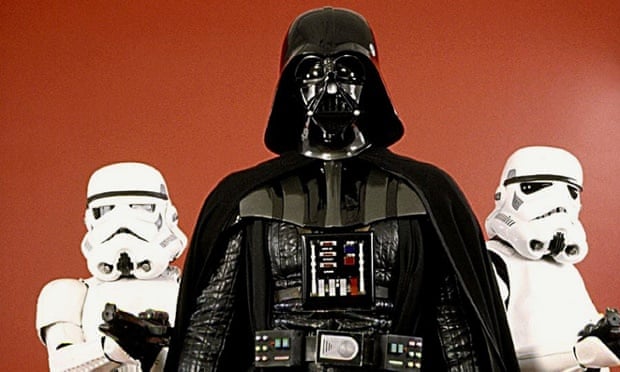