Ok. I get it. Everyone thinks that the Star Wars Holiday Special is a putrid pile of bantha-poodoo. A quick Google search shows a myriad of articles – many of which are written by people who are desperate to prove how cool and edgy they are for slagging the 1978 special.  You won’t be getting that here. Now, before I get into expressing my love for this misunderstood part of Star Wars history, I will make some concessions. Is it campy? Yes. Is it dated? Yes. Does it make you cringe? Yes. Can you see examples of unhappy actors, embarrassed actors and actors who were contractually obligated to be there for the filming? Oh yeah. However, once you get past all of that, you realize that you are watching…well…a really cheesy variety show from 1978.

Variety shows were a staple of 1970s television. The only thing I can compare it to today, in terms of being such an integral  part of modern television viewing is reality TV. Every channel has some kind of reality programming on at any given time. This was the case with the variety show. Having been around since the dawn of TV, the variety show morphed into a unique animal in the 70’s, as almost anyone with an ounce of fame or recognition had their own show. The Brady Bunch, Sha-Na-Na, Tony Orlando and Dawn and The Muppets all had their own shows with guest stars, musical numbers, comedy and other bits of entertainment that kept folks busy during those prime time hours on any given night. Just to show how crazed the variety show was in the 70s, CBS gave a couple of mimes a prime time spot. MIMES! Go ahead and check out Sheilds and Yarnell on Youtube.  I will be waiting here for you.

With the variety show being such a huge part of 70s TV, and Star Wars becoming, not only a monstrous, money making hit, but also a world wide phenomenon, the decision was made to bring the franchise to TV to keep it fresh and at the forefront of the public’s mind, while the sequel, THE EMPIRE STRIKES BACK, was being filmed. The end result is the entity we know as THE STAR WARS HOLIDAY SPECIAL.

Now that we have discussed the how, let us talk about the “why”. That is, “Why I love the Star Wars Holiday Special”. I still remember when I saw it back in 1978. I was 5 ½ years old and devoured any and all things that had to do with Star Wars. I missed the first hour or so of the special. I think I forgot it was on. I remember switching channels to CBS and watching. Some 42 years later, the only part I vividly remember was the scene where Han Solo feints a Stormtrooper into going through a railing and falling off of the walkway of Chewbacca’s palatial estate on Kashyyyk.

At the time, TSWHS  was the only outlet for Star Wars besides catching the movie at the cinema or drive-in for the umpteenth time. This was a new Star Wars story that we could watch AT HOME. This concept might be lost to you younger folks, where streaming any Star Wars movie or TV show at the drop of a hat is commonplace, but in a world where that didn’t exist, this was huge. 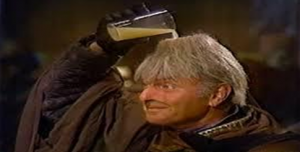 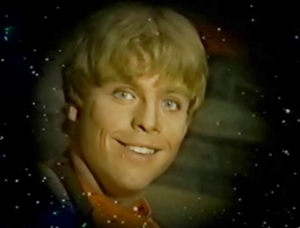