Mark Hamill gave EW a sense of some of the tactics the writer-director is employing for the next film in the franchise, where the actor will reprise his role as Luke Skywalker (presumably in the form of a Force Ghost, or in flashback, or both).

While on set for History’s Knightfall in Prague, Hamill said he has yet to shoot most of his scenes for the next movie, but some recent script changes were delivered under a rather intense new level of security — and he noted how things have evolved since the first Star Wars movie back in 1977.

“I still have to go over and do [Episode IX],” Hamill said. “Most of the parts I have coming up beside Star Wars are voiceover — there’s one big one, very high profile, I can’t announce now, that I’m really excited about. You know how it is these days, every time you sign NDAs. I remember back when I read the first Star Wars[script], I was like, ‘Wow, that’s the goofiest thing I’ve ever read.’ I gave it to my best friend to read, and I said, ‘What do you think of it?’ He said, ‘It’s really wild, it’s crazy, can I give it to Meredith?’ ‘Sure, go ahead.’ It went around to all my friends. Of course back then nobody cared. Nowadays it’s like working for some secret deep state government organization, like being in the CIA. They’re going to send rewrites over to Prague on this dark red paper that gives you a headache to read.” 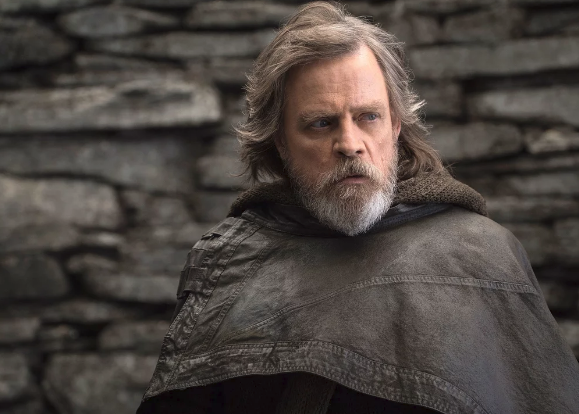