Rogue One: A Star Wars Story involved some serious planet hopping, and one of the most memorable of those was a brief visit to Darth Vader’s castle, perched above the flowing lava of Mustafar.

Well, it looks like there’s a chance that future Star Wars films will be returning to the Sith Lord’s fiery base.

“It’s interesting, we did a lot of history exploration,” Lucasfilm VP and executive creative director Doug Chiang told Uproxx. “Why did Vader build his castle here? Why does it look the way it does? Why does he even come here?

“For us, it was really figuring out that Vader built his castle on an existing structure, which was this ancient lava dam. And he built it here for a very specific reason.

“It was to come back here to meditate, to rejuvenate, to reconnect with himself. And it became a very spiritual place, and it was all centred around his bacta tank. And that’s where the form language all built around there.

“And we’ve done quite a bit of exploration of what’s on the inside of it as well, and hopefully that’ll be seen in some other film.”

Rogue One wasn’t the first time we visited Mustafar. It was also the location of Anakin Skywalker’s climactic battle with Obi-Wan Kenobi in Star Wars: Revenge of the Sith which precipitated his transformation into Vader.

Building your base on the site of your horrible maiming? Not the act of a happy and healthy mind. 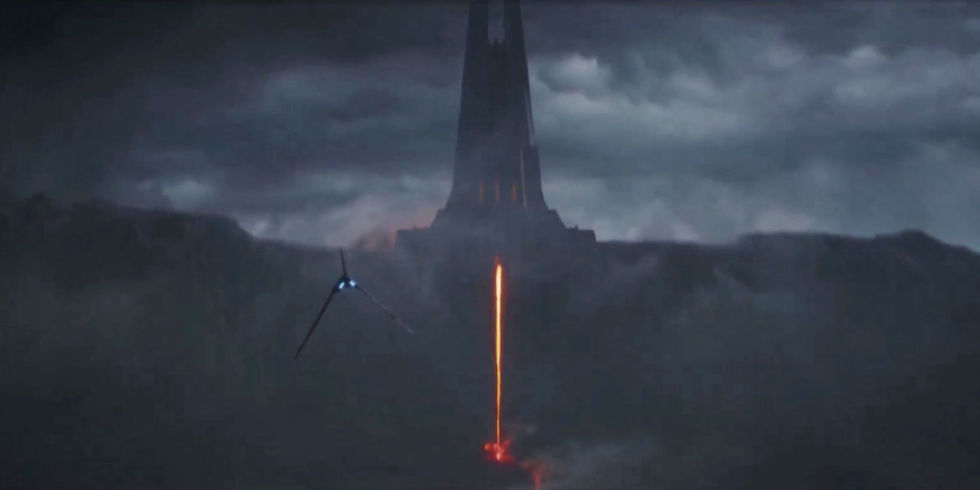