Check out this great posting by Kevin Shirley  on Dragoncon.org:

Sunday afternoon in Marriott A601-602, friends, loved ones, and fans of Peter Mayhew gathered to share their memories and love for the man who created one of American film’s iconic characters: Chewbacca the Wookiee from Star Wars. Bryan Young, Albin Johnson, Cheralyn Lambeth, and Ryan Ziegler guided the hour. This was not a Q&A. Rather, the session was an opportunity for people who knew, appreciated, and loved the man to come together to find solace in the company of one another.

As each panelist introduced themselves, a recurring theme immediately appeared: Mayhew was always in the moment when working with the fans. He was kind and loved them, and no matter what his struggles may have been, he had the ability to turn “it” on, focus on those fans, and give them not only his full attention but his energy as well. Young noted that the first time he met Mayhew, he was amazed by the warmth radiating from the man, and noticed that Mayhew’s attention was directly on him. In subsequent interviews with Mayhew, Young noticed the very same focus and energy. Ziegler added that Mayhew kept everything his fans sent him. He actually had a building at his home containing his massive collection, which included everything from drawings produced by 4-year-old children to letters from J.J. Abrams. 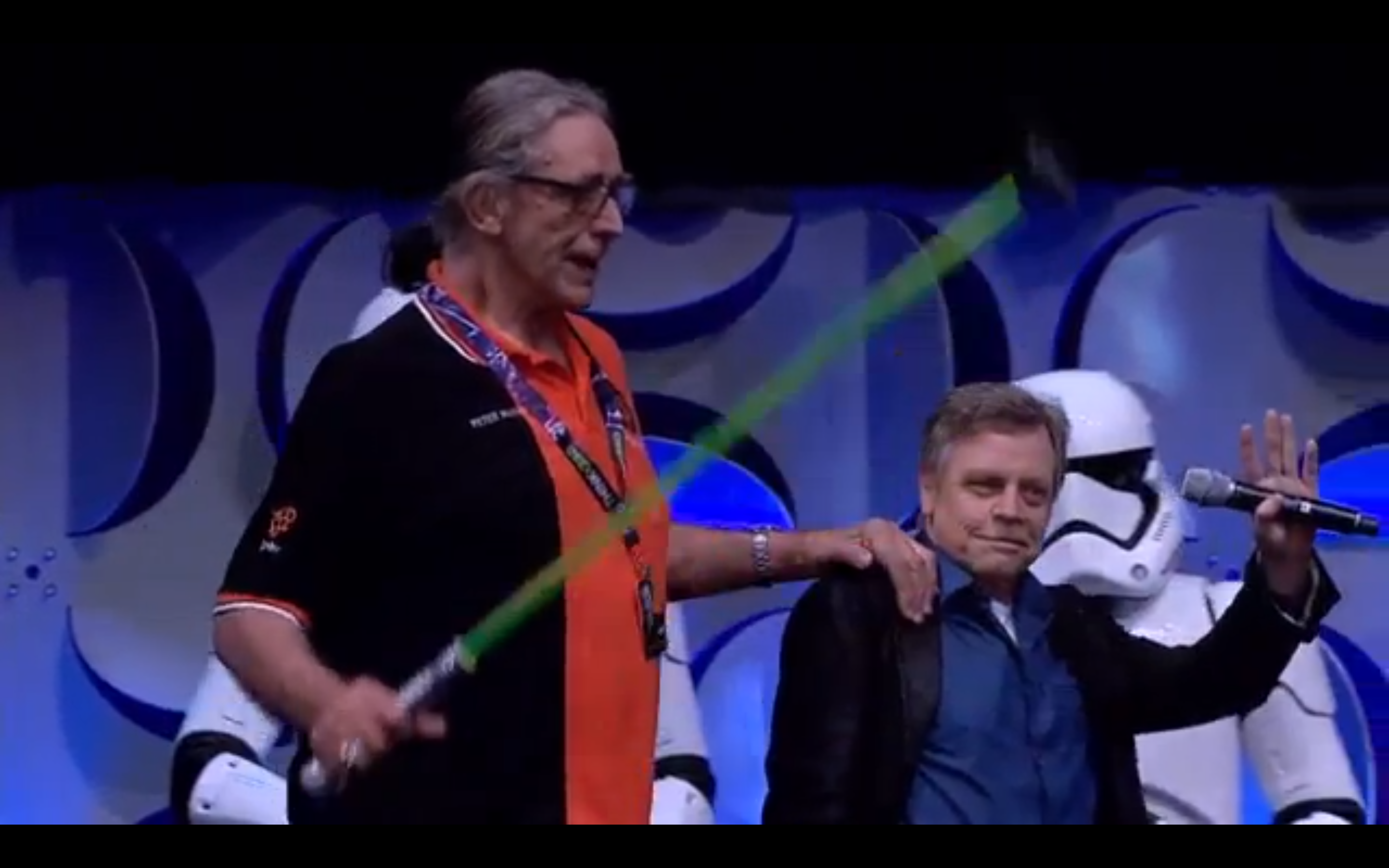