Sideshow Collectibles brings us the Bomb Squad Clone Trooper from The Clone Wars, and yet again Sideshow has yet done it again . He’s definitely a must have. Clone ordnance specialists, was featured in Season one “Blue Shadow Virus” and “Mystery of a Thousand Moons”, also known as the bomb squad troopers. These troopers were trained in ordnance disarmament and disposal and they were led by Jedi Generals Obi-Wan Kenobi and Anakin Skywalker. 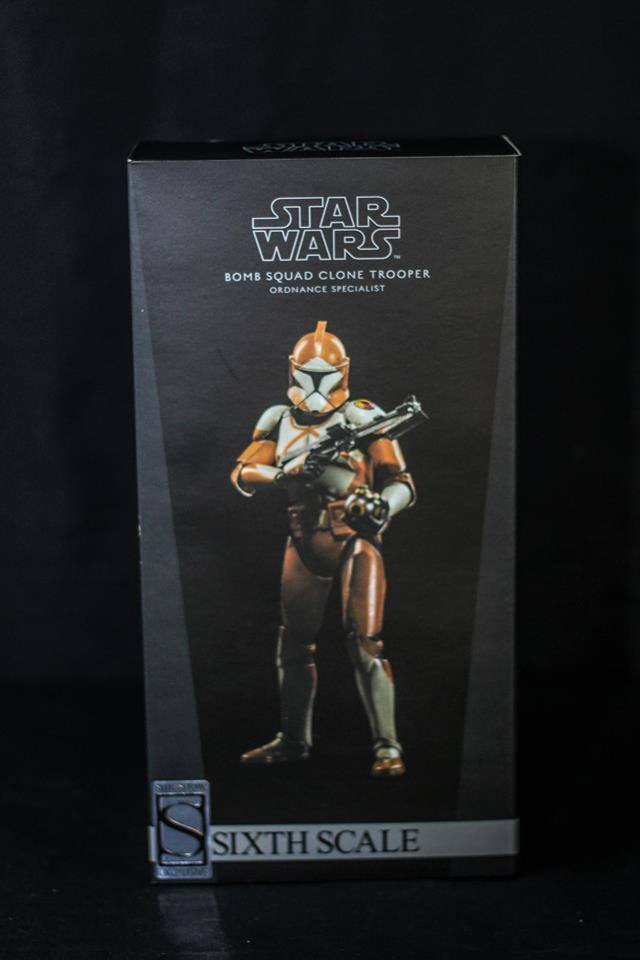 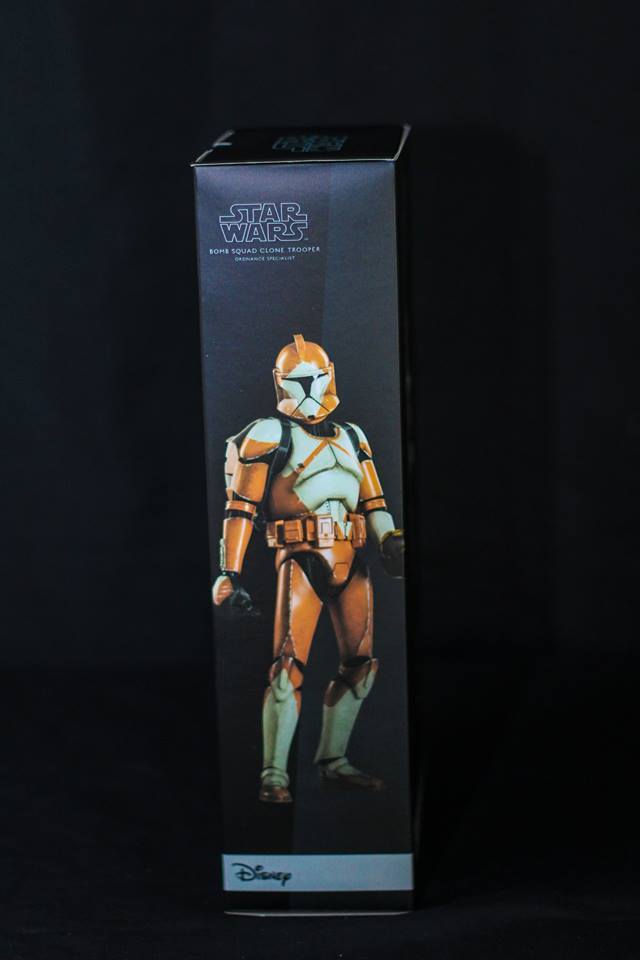 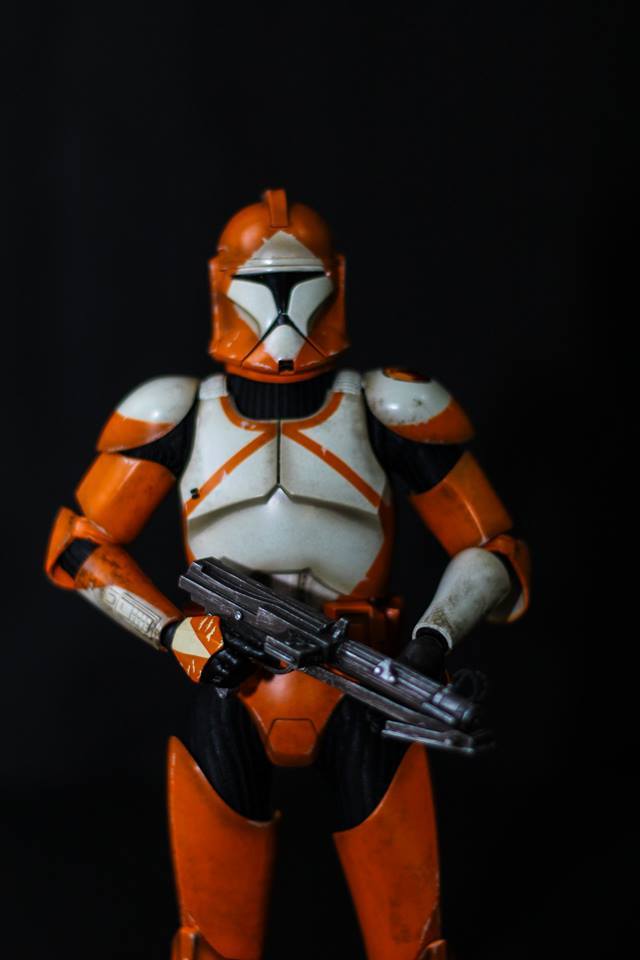 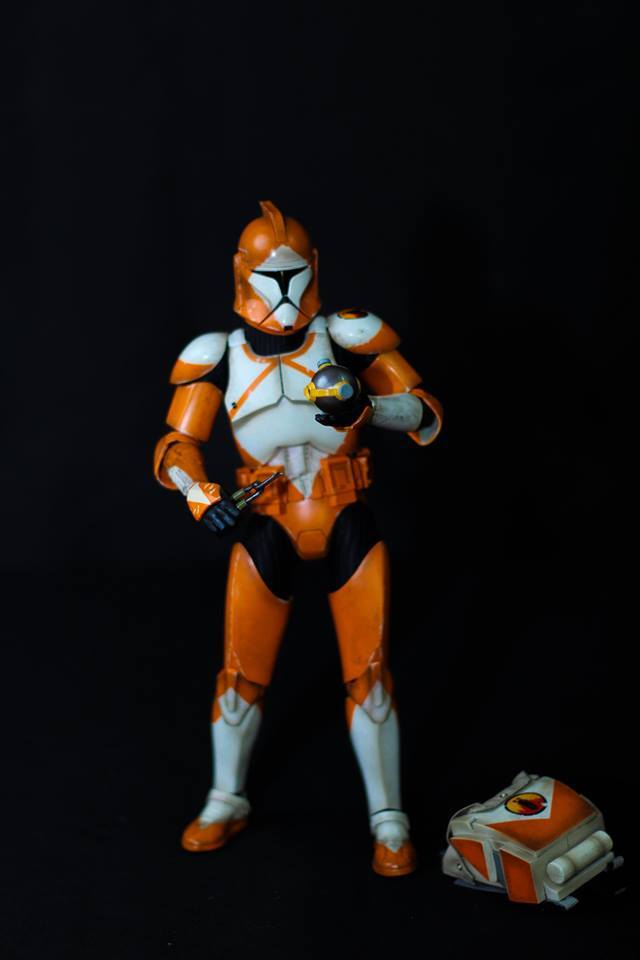 His armor has the worn details and weathered features on various parts of his armor showing his battle look. His under-suit is the generic elastic body glove used on most clones. He’s really articulated with his armor on enabling him to be posed in almost any position without much restrictions. The bright orange paint deco is rich in color and captures the look from The Clone Wars show. He also has a multi componant back pack which features adjustable straps, and magnetic harness, a fabric cover an an additional Ordnance Specialist Marking. His Two Virus Bombs has the decals mistakenly inverted and misplaced during manufacturing. 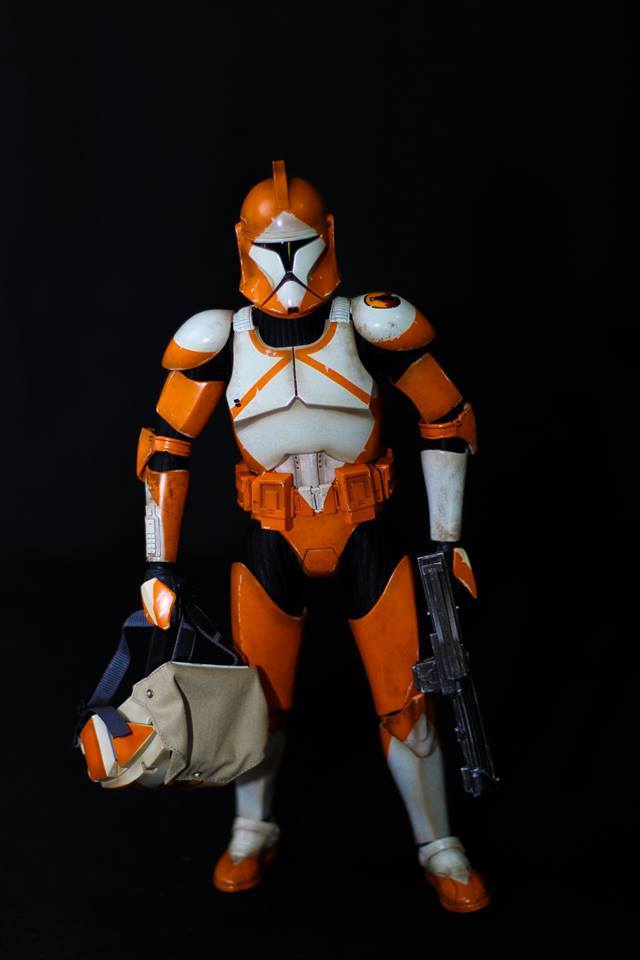 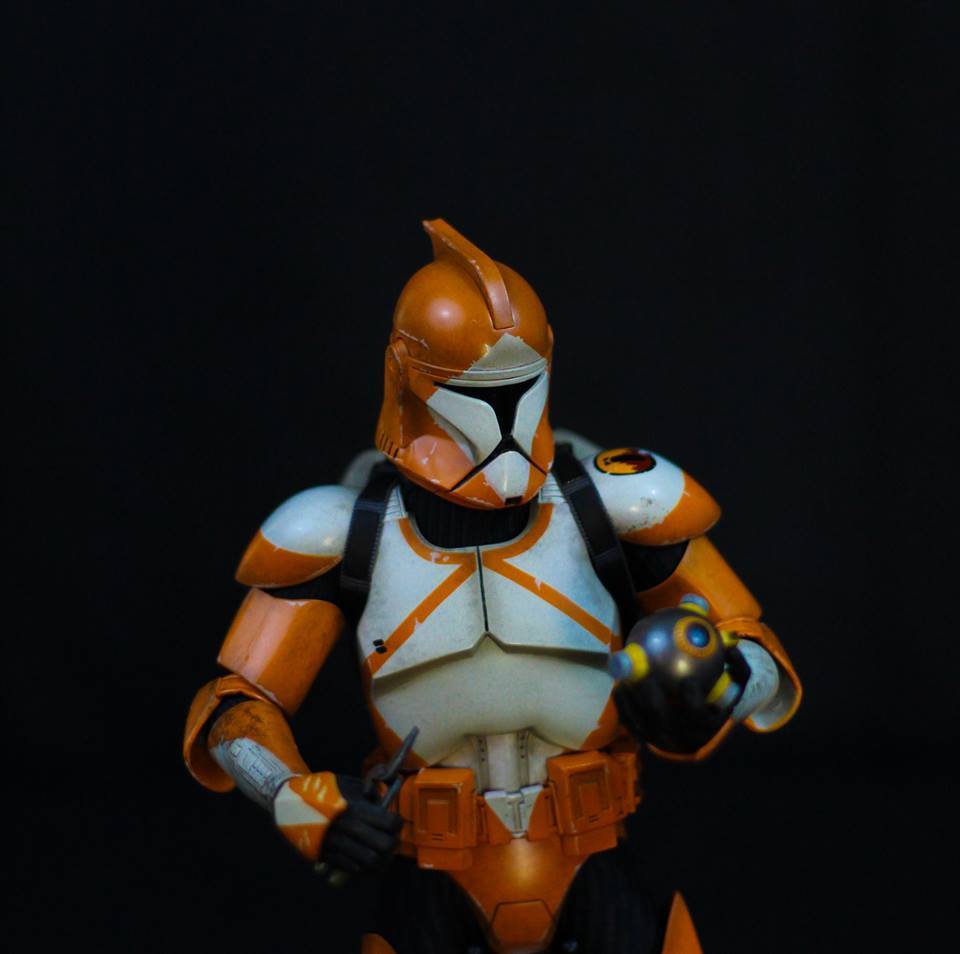 Overall, the Bomb Squad Clone Trooper is well worth the buy and highly recommended if you love Clone Troopers. You can order him at this link while supplies last. 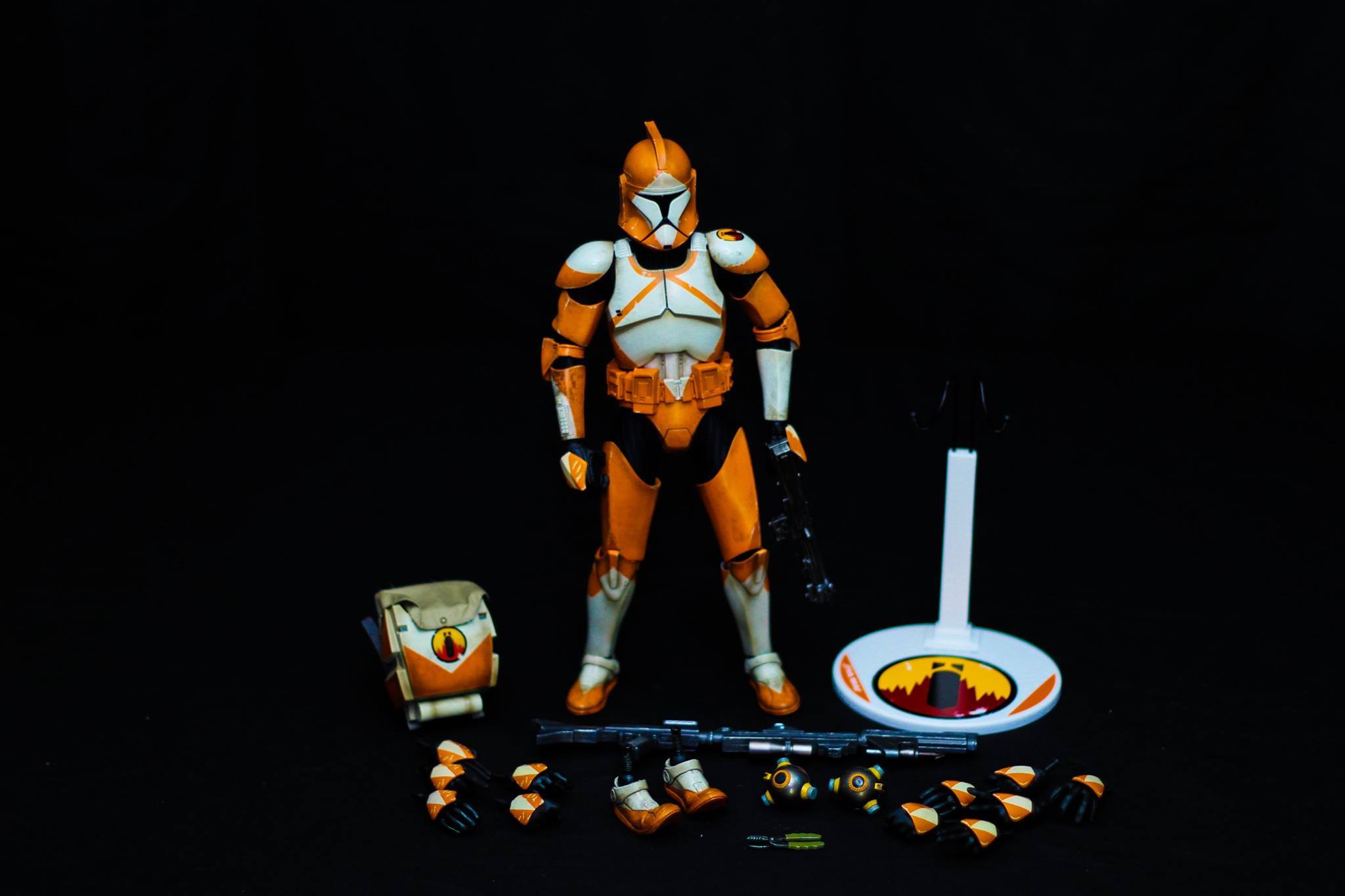