Today, we take a look at the Sideshow Collectibles Captain Han Solo in Hoth Gear. His amazing screen accurate appearance is uncanny. Now we can relive the moments in “The Empire Strikes Back”. We finally get to look at the scruffy looking nerf herder we’ve grown attacked too. 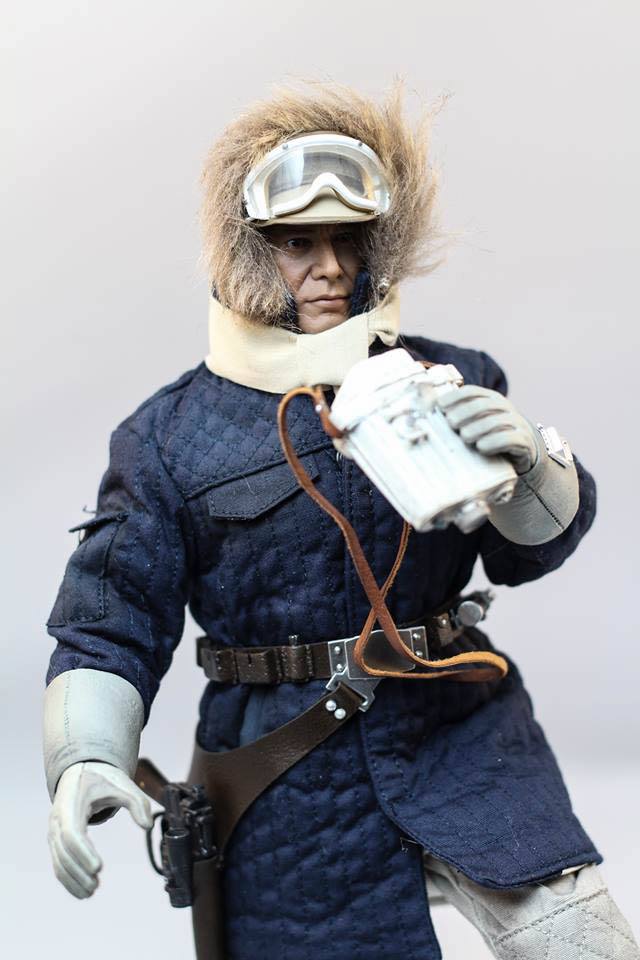 Product Summary: On the run and with a price on his head, the intergalactic smuggler Han Solo joins the Rebel Alliance at their remote secret location on Hoth, Echo Base. Dressed for the planet’s notorious sub-zero climate, Solo is fitted in an authentically replicated brown quilted parka, complete with rank insignia and fur-trimmed hood. Two scarves, a cap and goggles frame the scoundrel’s lifelike portrait, which perfectly captures actor Harrison Ford in the role that made him a star. Though hiding and freezing on the wretched ice cube doesn’t sit well with the smuggler’s disposition, when Rebel Commander Luke Skywalker goes missing during a routine patrol, Solo has no choice but to leap onto the back of an ill-fated tauntaun and go out after him. Fully equipped with a blaster pistol, macrobinoculars, droid caller, and portable life scanner, he’s willing to risk everything on a rescue mission to find his friend and save the day. 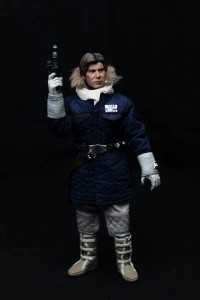 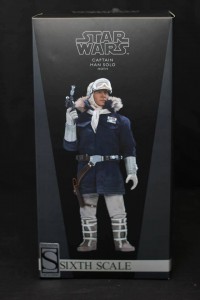 Captain Han Solo‘s box is held by a magnet which you can flip the cover to reveal Han and his accessories. I was flabbergasted by the level of detail sculpted into this figure. Han’s face is very likeliness and even includes his scar and the mole on his chin. Two portraits are included, one with headgear and goggles and one without. The wash on his eyes captures the realism.

Captain Han Solo’s  cold-weather fatigues are most impressive, the detailing and stitching are phenomenal. His iconic blue parka and his pants are not exactly a fit but slightly loose, thou its needed for articulation. The belts with buckles are detailed and his holsters comes with magnetic straps. 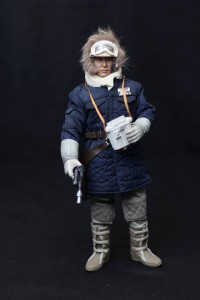 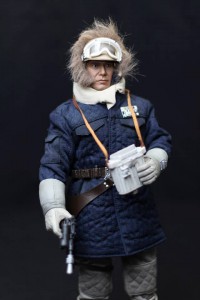 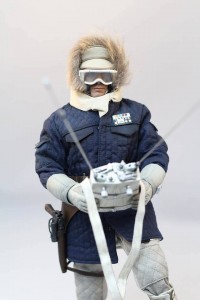 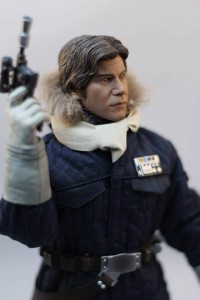 A black support base with detachable Sculpted Snow environment Base Hugger hoth scene. Overall this is one amazing detailed figure and Captain Han Solo in Hoth Gear is well worth the buy and highly recommended. 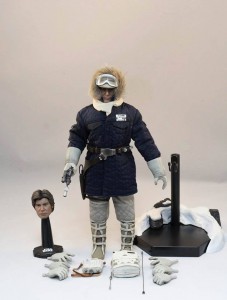 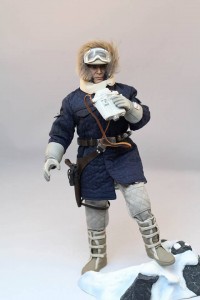 You can order him at this link while supplies last. Photos courtesy of Brandon J.