There were no big surprises this weekend as Disney and Lucasfilms’s Solo: A Star Wars Story suffered a steep drop following a disappointing debut and the week’s new releases made hardly a dent. STX’s Adrift led the way, though fell short of expectations, while BH Tilt’s micro-budgeted feature Upgrade delivered solid results based on its budget and expectations. If there was a “big” surprise it came by way of Paramount’s Action Point, which wasn’t expected to do much to begin with, but flopped to the tune of just $2.3 million from 2,032 theaters. Meanwhile, a couple milestones were reached for both Magnolia and Pantelion on the backs of strong runs for both RBG and Overboard respectively.

With an estimated $29.29 million, Disney and Lucasfilms’s Solo: A Star Wars Story dipped 65% this weekend, a result that was to be expected following the film’s steady decline during the week after its disappointing debut last weekend. The film’s domestic cume ended the weekend just shy of $150 million. Internationally, Solo brought in an estimated $30.3 million for an overseas total that now stands at $115.3 million and a global cume totaling $264.2 million. 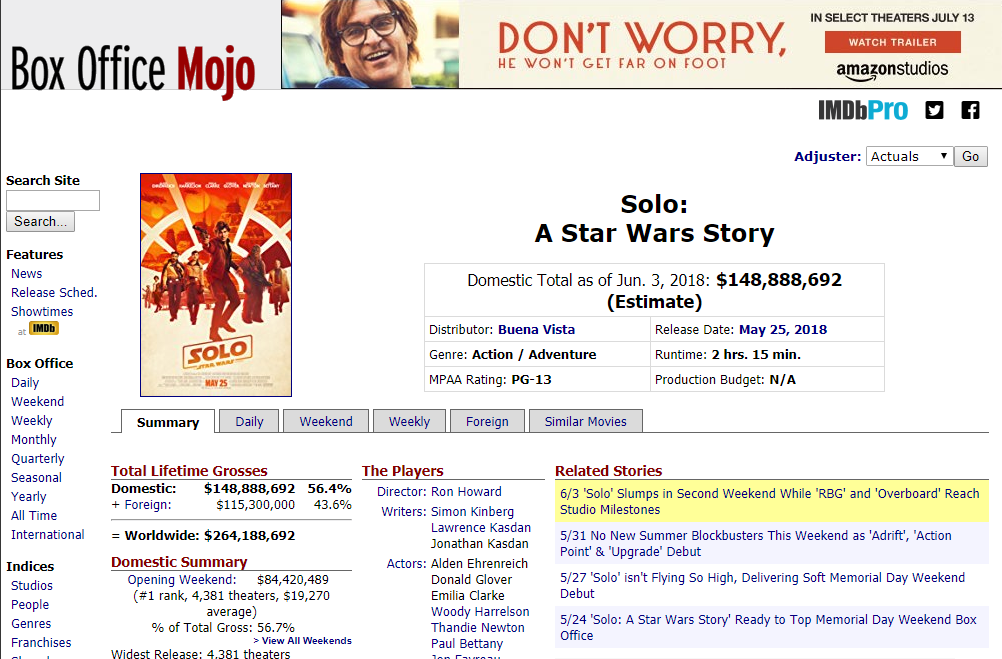