Plox, leader in the development of technology products, announced it is expanding its range of connected Star Wars® products with Star Wars® Bluetooth Finders, launching for pre-order, on Force Friday (September 1st) on Amazon and ThinkGeek. Helping fans locate items by simply attaching it to possessions, the Star Wars® Bluetooth Finders will be available in the design of favorite characters including Darth Vader, Chewbacca, stormtroopers and R2-D2, as well as brand new characters from the upcoming Star Wars: The Last Jedi movie.

In further good news for Star Wars fans across the U.S., Plox’s officially licensed Star Wars® Levitating Death Star Bluetooth Speaker is now available in major retailers including Best Buy, Amazon, Brookstone, Macy’s, Bloomingdales, GameStop and ThinkGeek for $179.99. In celebration of Force Friday, Amazon will be offering the speaker for just $149.99 throughout September.

“We never expected the overwhelming demand for our Levitating Death Star Speaker,” said Jennifer Polce, co-founder at Plox. “As Star Wars fans across the U.S. gear up for the latest movie, we’re excited to confirm that the speaker is now available across US retail stores. We didn’t just stop there, we’re expanding our line of Star Wars products with all new Bluetooth Finders available in the design of favorite and new Star Wars characters. And we’re just getting started, with more products coming to our range of Star Wars products in the near future.”

With the launch of Star Wars® Bluetooth Finders and App, Plox is giving fans an opportunity to not only show off whether they’re a Wookie, Droid, Stormtrooper or more, but use them to keep track of their possessions. Available on pre-order from select retailers including Amazon and ThinkGeek from Force Friday (September 1), the range go on sale in October 2017 for $24.99 including favorite characters from the classic saga such as:

As well as characters from Star Wars: The Last Jedi

The Star Wars® Bluetooth Finder enables users to locate items and track location by simply attaching it to possessions, including keys, backpacks, and mobile devices. It not only alerts users when items are no longer within the 100 feet (33m) location range, but also operates as an independent remote. Users can instruct lost phones to ring to authentic sounds from their favorite Star Wars characters and check last seen location through the App. 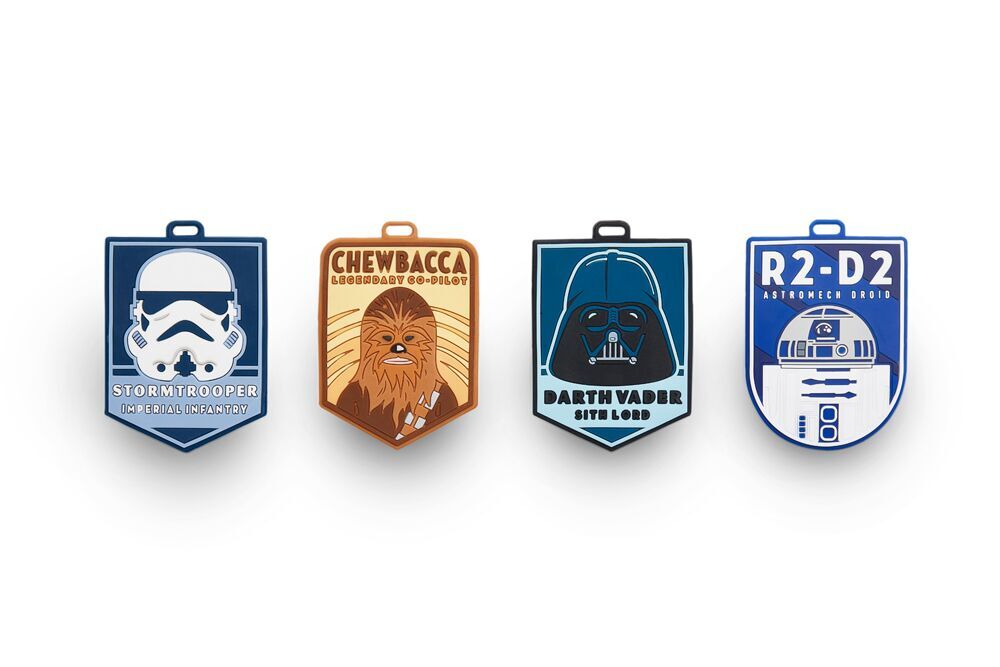 Not bound by the laws of gravity, the Levitating Death Star Speaker is the ideal size for anyone hoping to bring a touch of the dark side to their lives. The gravity-defying orb hovers and rotates over a magnetic base, all while providing 360 degrees of uncompromising sound! Key features of The Star Wars® Levitating Death Star Bluetooth Speaker include:

Gravity-defying orb rotates above a magnetic base to truly levitate

Up to 5 hours of continuous playback on Bluetooth

Can be used as a portable speaker without the base

The Levitating Death Star Speaker is available for purchase at Best Buy, Amazon, Macy’s, Brookstone, and GameStop for $179.99. From September 1st to September 30th, Amazon will be offering a special promotional price on speaker for $149.99. 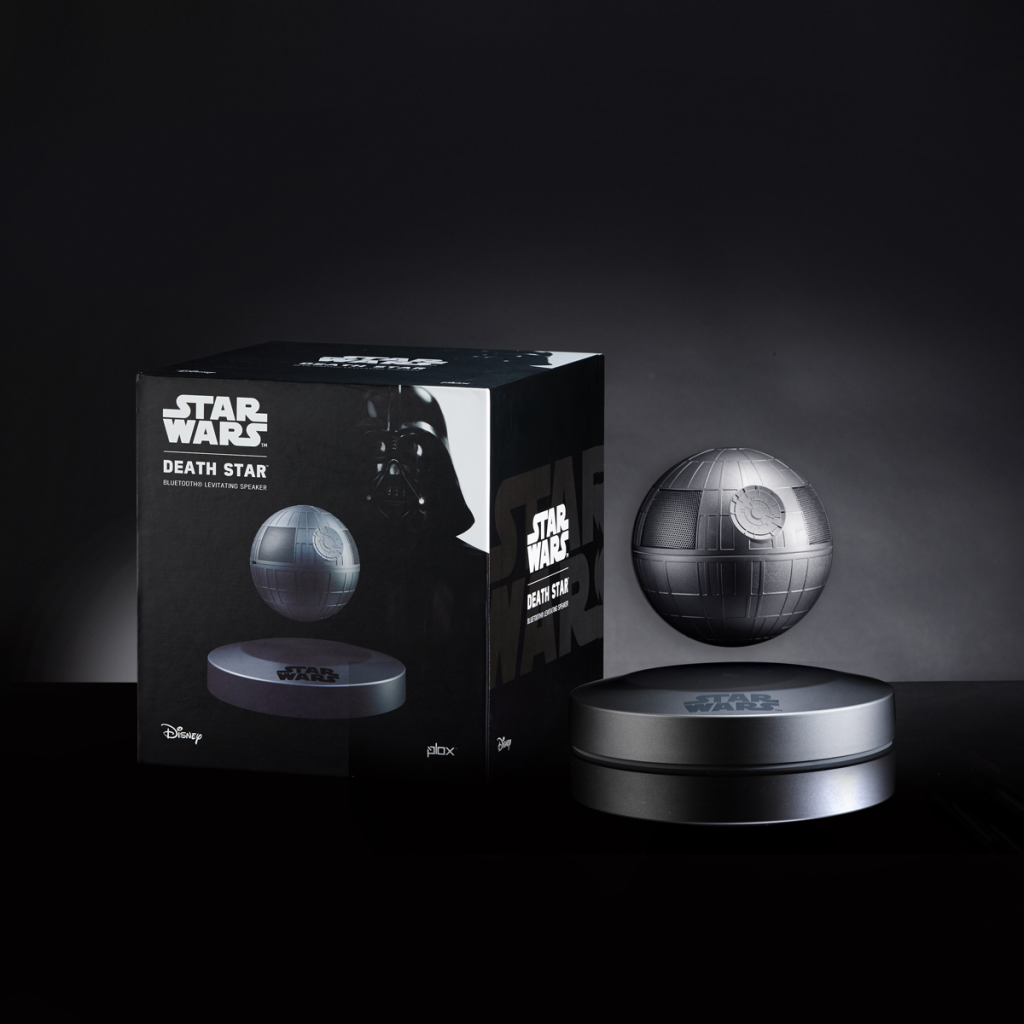