Star Wars Jedi: Fallen Order‘s been in development for years, so the way its combat looks a lot like “Sekiro with a lightsaber” must be mostly a coincidence, but it’s still one that the developers at Respawn Entertainment find “comforting”. GR+ sister outlet Edge Magazine spoke with several of the lead developers behind Fallen Order for an article in its latest issue, and though it covers much of the game’s development, I was particularly impressed by the grateful way they handled the comparisons to From Software’s latest game and other games that have come before.

“I thought it was pretty badass, and a little comforting to know that you could make this type of game without a stamina bar,” lead combat designer Jason de Heras told Edge. “They let you attack, they let you roll, they do all this for free – and then the AI will tell you if you’re doing the correct thing. It just confirmed to us that you don’t have to limit everything the player does; let them have a little more agency, and then let the AI give them a slap on the wrist, or a punch in the face. It was a positive thing for us to know there was a game that was similar to ours. Very similar.”

Game director Stig Asmussen has also been a fan of From Software for years. He isn’t even a Souls bandwagon jumper; King’s Field 2 – which explored some of the concepts that From Software would follow up more than a decade later with the Souls games – is one of his favorite games. That said, Asmussen believes that it’s not about liking a game and then trying to make it yourself, but thinking about what makes that particular game fun. 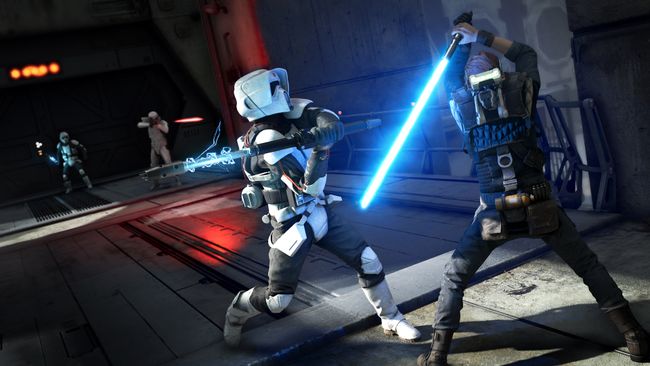