Despite the fact that Star Wars appears to have numbers and letters derived from a classic Latin alphabet, with droids named R2-D2 and BB-8, etc., the written language we see used in the films is actually called Aurebesh. You see it all over the consoles of Imperial technology and on the Rebel bases, and is the most commonly used language in that galaxy far, far away. It’s also used to create tons of Easter eggs, specifically in the animated Clone Wars and Rebels. Now, fans can pretend they are making the calculations for the jump to light speed, thanks to these officially licensed Star Wars Galactic Empire DSA Keycap Set from NovelKeys.

Click here or below for the full story at  Nerdist.com 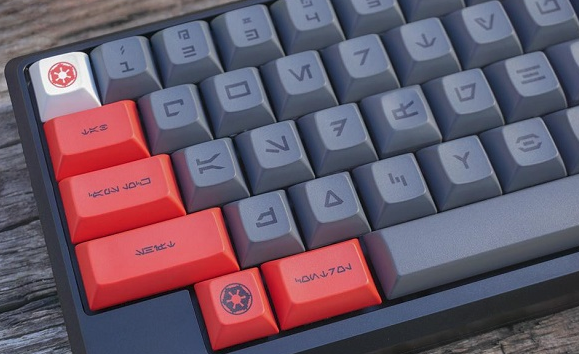