The first live-action series in the Star Wars saga will debut later this year with Star Wars: The Mandalorian, a series which is still mostly shrouded in mystery. A new report from Making Star Wars claims that each of the first season’s episodes will clock in at around 45 minutes in length.

The site reads, “I have been hearing for some time there will be eight episodes in the vicinity of 40-45 minutes each.”

This rumored length would put the series in line with many network series’ episode lengths, so it comes as a surprise that the rumored runtimes wouldn’t be closer to 60 minutes, which falls more in line with premium format series. Whether it be any of Netflix’s Marvel series or HBO’s Game of Thrones, not having to cater to commercial breaks have allowed these larger productions to deliver audiences more bang for their buck with episodes lasting closer to 60 minutes each. Additionally, some of the more eventful episodes of such series have run closer to 75 minutes to accommodate the action.

After the stories of Jango and Boba Fett, another warrior emerges in the Star Wars universe. The Mandalorian is set after the fall of the Empire and before the emergence of the First Order. We follow the travails of a lone gunfighter in the outer reaches of the galaxy far from the authority of the New Republic. 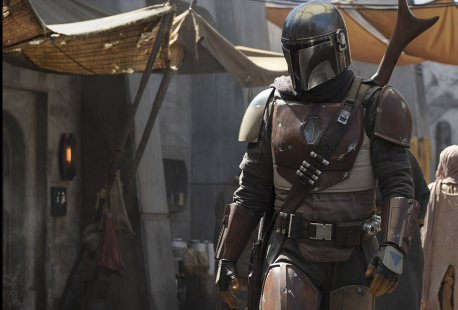