The Boba Fett movie has been frozen in carbonate.

The film that was never officially announced is now unofficially no longer in development, sources close to the project tell EW.

A Star Wars standalone film about the galactic bounty hunter was being worked on by Logan director James Mangold, but that has now been backburnered while the company focuses on the TV series The Mandalorian from The Jungle Book and Iron Man filmmaker Jon Favreau.

That series, set to debut on Disney’s upcoming streaming service at an undisclosed time next year, focuses on a character who wears a helmet and armor similar to Fett’s, and the title refers to the warrior tribe to which Fett and his clone-producing father Jango belonged.

Deadline reported the news after film journalist Erick Weber reported that the project was canceled last night after interviewing Lucasfilm president Kathleen Kennedy at an Oscar-season event for Black Panther. 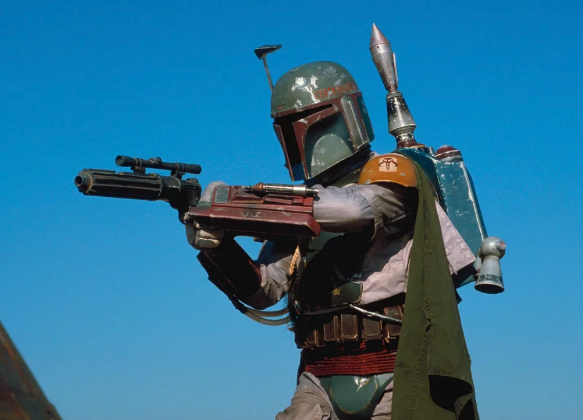