The Star Wars franchise may be between movies at the moment, but there is plenty of action from the galaxy far, far away available on the small screen. Star Wars Resistance is set in the sequel trilogy era, with the story picking up in the time shortly before the events of The Force Awakens. As an animated show that airs on Disney Channel, Resistance at first glance might seem aimed just at kids.

Well, Star Wars Resistance executive producer Justin Ridge chatted with CinemaBlend ahead of the show’s premiere, and he had this to say when I asked about the show tapping into a new generation of fans:

“It’s exciting, to tell you the truth. I think the show is fun because we’re kind of giving a little more of a lighthearted tone. Because I think we definitely want younger audiences to really be into the show, but we definitely don’t want to exclude the older fans. We want to stay true to Star Wars and what has come before us. So even though it’s lighter in tone and has a little more comedy, we definitely have a lot in store that I think older fans are really going to enjoy.” 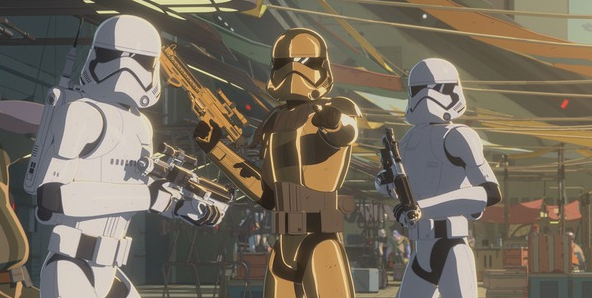