Brie Larson is about to debut as Captain Marvel and it sounds like the actress has got major outer space fever. In a cover story for EW, Larson said she wanted to be a Jedi after she got to hold Samuel L. Jackson’s lightsaber prop from the Star Wars prequels. It didn’t take long for the official Star Wars Twitter to throw in the final judgement, writing that the Force was inside her all along. 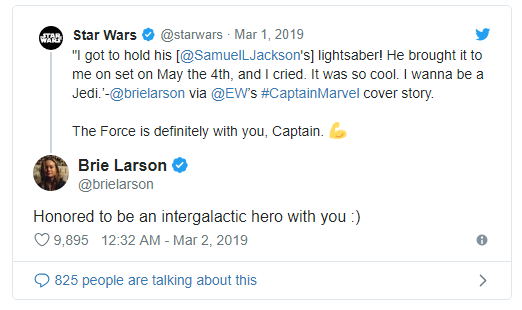