Fearless and unswervingly loyal to the emperor, Stormtroopers are the most recognized symbol of imperial might. Encased in white armor over a black body glove, Stormtroopers make up the bulk of Palpatine’s ground-based armies and the space-based imperial Starfleet. Their fearsome looking helmets allow the soldier to breathe in the harshest of enviroments, including the vacuum of space, and are equipped with long range communications allowing these elite shock troops to be deployed with speed and efficiency to quell insurrections and maintain order across the many worlds of the empire.

The distinctive design of the Stormtrooper was originally created by concept artist Ralph McQuarrie in 1975. McQuarrie designed several versions of the look of the empire’s general infantry.

To ensure that your EFX stormtrooper helmet retained all of the subtle nuances of the hand-sculpted original, their engineers digitally scanned and cast a surviving original helmet to recreate this iconic piece of star wars history. 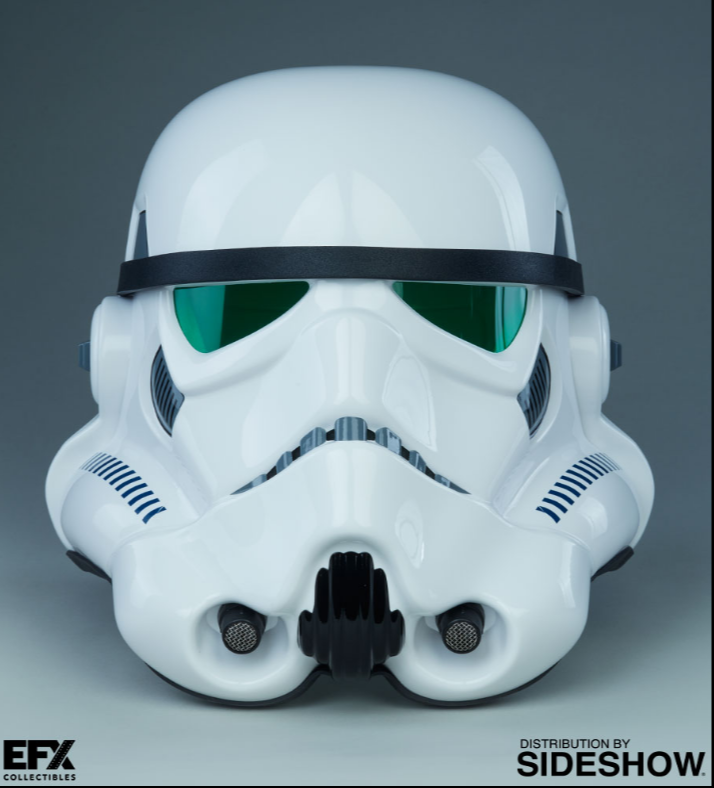