John Jackson Miller has been a longtime Star Wars author since he began working for Dark Horse Comics back in 2005. Over the past decade, he has written several critically acclaimed works such as Knights of the Old Republic, Knight Errant, Lost Tribe of the Sith, and Kenobi. When Del Rey Books announced a “reboot” of the Star Wars Expanded Universe earlier this year, it only made sense that Miller would be brought on board. Miller (alongside James Luceno, Kevin Hearne, Paul S. Kemp, and Christie Golden) is a part of the team of talented writers tasked with authoring the new line of Star Wars fiction. Miller has always demonstrated both an understanding and genuine love for the Star Wars Universe. He has the ability to capture the essence of the original films and extrapolate them in new, refreshing stories. I have been fortunate enough to interview Mr. Miller before and he has always come across as someone who genuinely loves the franchise and has exciting ideas for it’s future. Suffice it to say, when it was announced that Miller would be writing A New Dawn (which will serve as a prequel to the upcoming Rebels television show), I was exhilarated. 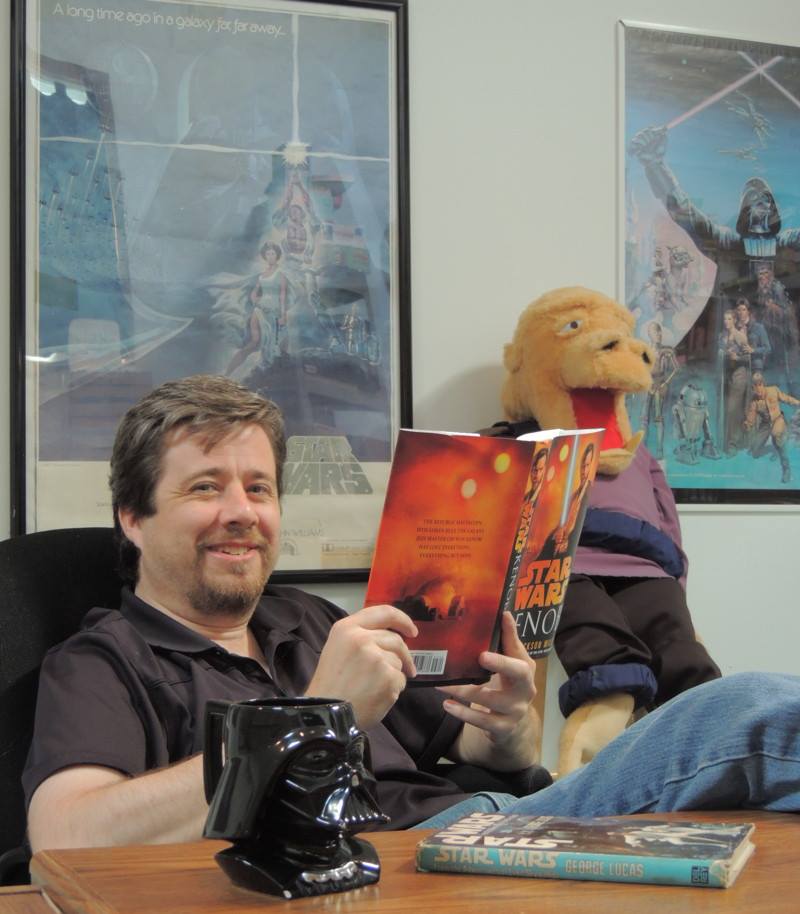 John Jackson Miller alongside one of his creations, Marn “Gryph” Hierogryph