Via Thehollywoodreporter.com:
“I just never thought of anybody else being Lando; I just see myself as Lando,” the legendary actor told THR.

With a 2018 young Han Solo stand-alone film bringing back the character he originated in Star Wars: Episode V — The Empire Strikes Back. The actor was recently spotted having lunch in Los Feliz with young Han Solo star Donald Glover, who is taking over the role Lando Calrissian in the film, which also stars Alden Ehrenreich as Han Solo.

You’ve been in a few Lego projects recently (Williams voiced Lando Calrissian in 2014’s The Lego Movie as well as three separate Lego Star Wars animated television series), are you a fan of the toys?

I enjoy doing these animated films and using my voice, but my grandkids are into Legos, so I’m into them up to a certain degree. They’re fun.

You have the rare honor of having two separate Lego minifigures based off of characters you made famous. Do your grandkids play with your characters?

Yeah, I think they do. I know I have them here at the house. We keep toys here for them, and I know my grandson and my granddaughter are into Legos, so I occasionally work with them on it. Or sit here and dote and watch them do it.

You recently had lunch with Donald Glover. What’d you talk about?

He’s a very delightful young man, I must say. We had a very nice lunch and we talked for a very long time and it was very easy. He had questions about [Lando]. I guess he was doing what normal actors do, they just want to find out what direction they want to take so they gather their information. So, we just sat and talked, and I didn’t want to impose on anything he wanted to do — he’s got his own ideas, I would imagine. I know he has his own ideas. He’s a very talented young man. In fact, I was listening to some of his music [Childish Gambino, Glover’s musical alter-ego] and it’s pretty good stuff.

What type of ideas was he proposing?

Not to any great extent, I think he basically just wanted to see me, meet me, get to know me a little bit and probably figure out a way to use me in developing his character.

He had recently said that he wasn’t “as cool” as you. Did you give him any pointers on being cool?

Well, nobody’s as cool as me. (Laughs.) That’s a tough way to go. No, I’m only joking. Donald is eclectic, I think that’s really important particularly for the character of Lando. He is particularly eclectic in the way he approaches his art. When I talked to him I really got the sense of him being a worldly person.

You had also recently said that the Star Wars producers should leave the character of Lando alone. Did you change your mind after speaking with Glover?

I don’t know. To me, I guess what it is that I identify so much with Lando. I mean, Lando has been very much a part of my life for over 30 years. When I go out and do conventions and stuff like that, even though people know me from all the other things that I’ve done, certainly [Lando] takes precedence. I just never thought of anybody else being Lando. I just see myself as Lando.

Is that hard, saying goodbye to a character or watching him take on a life after you?

Well, eventually something else has to happen with it. But I’m not saying goodbye to that character. It’s still very much a part of my life. I created that character.

Have you seen any of the recent Star Wars films that have come out?

I saw [The Force Awakens] and it was really good. I really enjoyed it, thoroughly.

Are you going to be making a cameo in the upcoming Han Solo stand-alone film?

I don’t know. It depends if they ask me to. I wouldn’t mind doing it.

If they asked me, I wouldn’t say no.

Have you talked to Harrison Ford about his thoughts on watching his character played by someone else?

Yeah, this one is about how we established our relationship and the question of the Millennium Falcon. I have not spoken with him — he’s too busy. 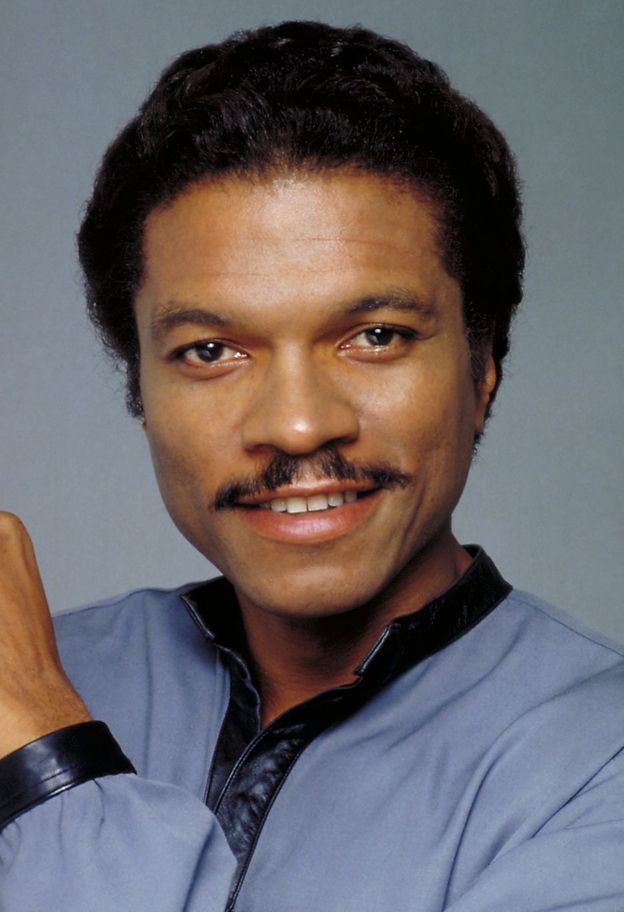