Disneyland’s Star Wars: Galaxy’s Edge may recreate worlds from a galaxy far, far away, but that doesn’t mean that guests can dress however they want.

“Star Wars” fans have a history of dressing up like they’re favorite characters, or sometimes just wearing outfits inspired by the hit film series. Unfortunately, when they visit Galaxy’s Edge, they’ll have to follow a strict dress code.

External communications director for Disneyland Resorts Kevin Rafferty Jr. published a post clarifying the park’s dress code on the Disney Parks Blog. Guests under the age of 14 can dress in costumes, but anyone older must follow certain guidelines. It’s also worth noting that, according to the post, “some items sold within Star Wars: Galaxy’s Edge cannot be worn inside the land.”

It is OK, however, to wear traditional pieces of clothing that “when worn together, serve as a recognizable tribute to ‘Star Wars’ characters.”

A spokesperson for Disney told Fox News that Galaxy’s Edge has the same costume policy as the rest of the park, they just wanted to clarify.

Basically, if your dream was to walk around dressed like Chewbacca all day in the hot California weather, you’re going to have to do that off Disneyland property. 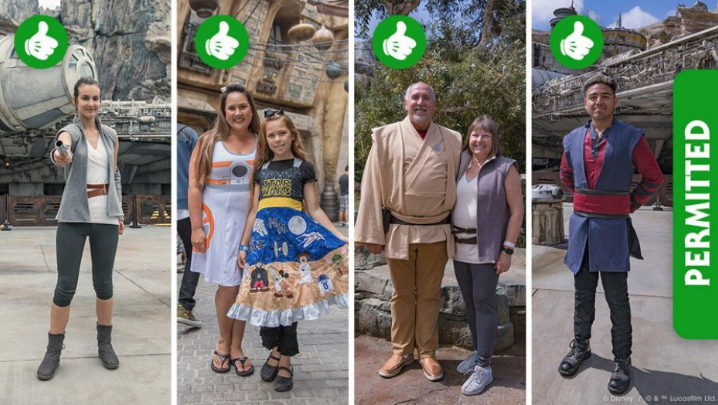 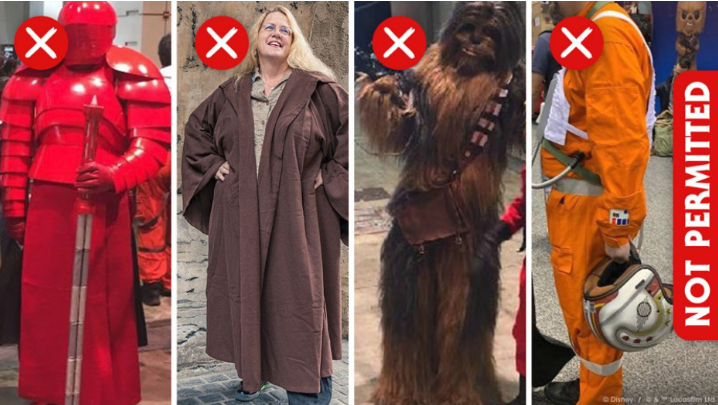