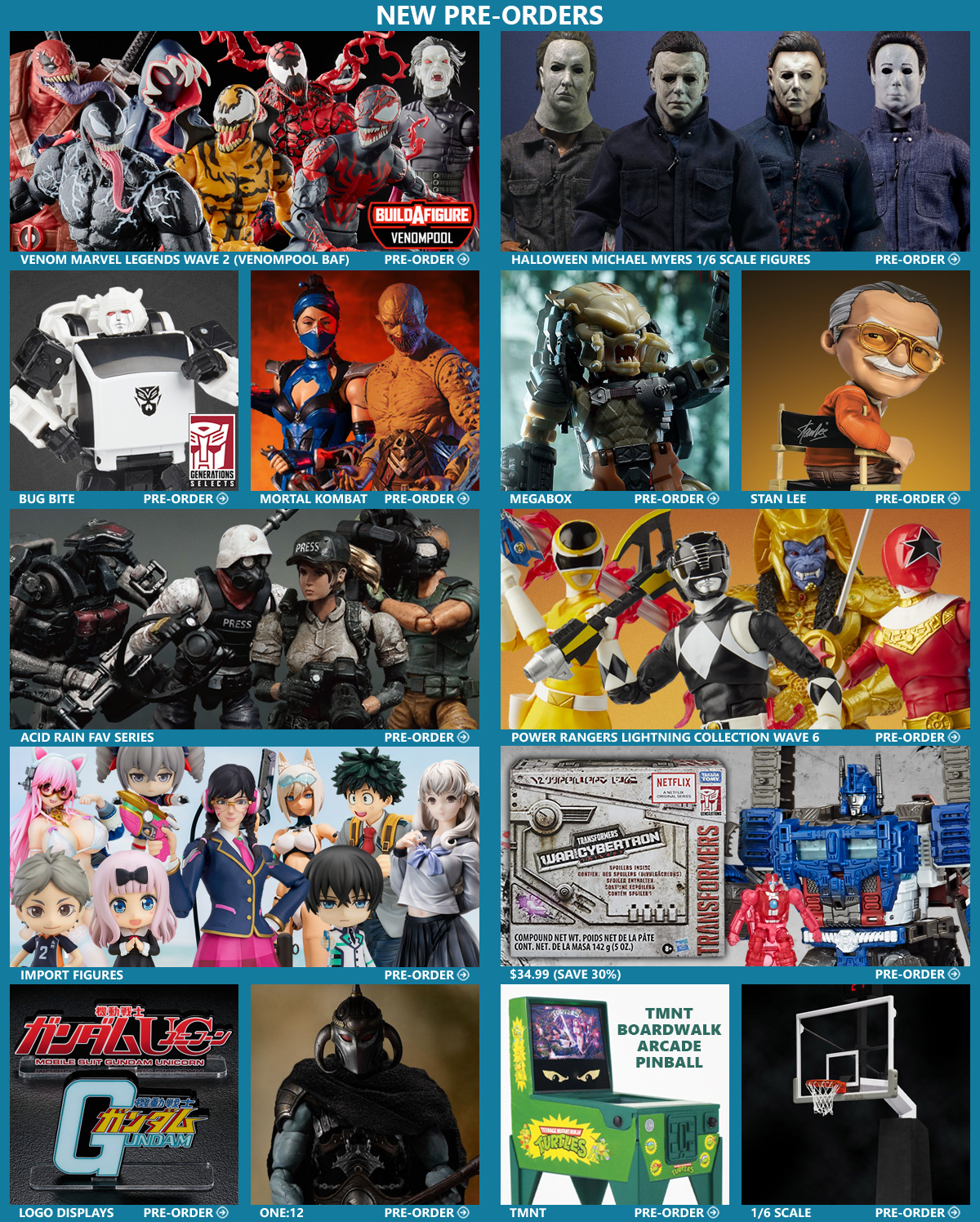 There are a bunch of new arrivals to choose from. The Star Wars: The Black Series figures of Zeb and Hera from Star Wars Rebels are here. Fans of The Mandalorian can grab a couple Geeki Tikis and more. Six dinosaurs from Nanmu Studios’ Jurassic Series are now in stock. S.H.Figuarts Goku (Kaio-ken) is gleaming pearlescent paint. Azrael is here to join Batman and the Joker in McFarlane’s DC Multiverse series from Batman: White Knight. TBLeague’s 1/12 scale Captain Sparta features a seamless body with metal skeleton. Along with the new pre-order this week, Generations Selects Deluxe Nightbird is here and ready to ship. From the climactic scene from Godzilla: King of the Monsters, S.H.MonsterArts Burning Godzilla is finally here! NECA’s Ultimate Flasher Gremlin, based off the Dorry’s Tavern scene, is here to cause mischief and comes equipped with a removable fabric trench coat.