Star Wars is approaching an epic milestone this December as The Rise Of Skywalker is set to close out the nine-part Skywalker saga. Perhaps as a warm-up to the release of the film (which, quite honestly, doesn’t need the help in terms of press), the film franchise is re-connecting with long-time collaborative partner adidas for a series of footwear that will undoubtedly pique the interest of the global fan pool. Seen here is the adidas Ultra Boost in its more recent “S&L” trim with blueprint-like details of the X-Wing Starfighter imposed onto the heel-counter and white Boost sole. That’s not all: special insoles, co-branded tongues, and the symbol of the Jedi Order are all placed around the running shoe. Finally, the empowering message of “The Force Will Be With You Always” is bannered on the heel-stripe. These are likely to release later this year leading up to the December 20th premiere of the movie, so stay tuned as more from the latest Star Wars x adidas collaboration are sure to be unveiled.

Click below for the full story and more image at sneakernews.com 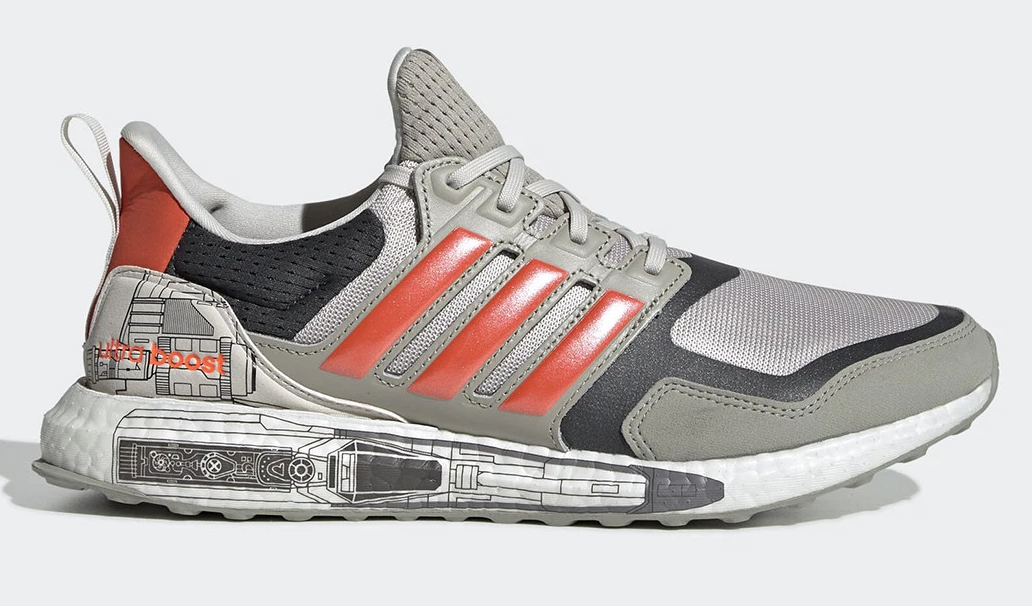