Not only will the final scene of Star Wars Episode 9 mark an end to the Skywalker saga, it will also “melt your mind.” At least, that’s according to Kevin Smith, of Jay and Silent Bob fame, who managed to get out to the Rise of Skywalker set to witness the Star Wars team filming the finale. Even director JJ Abrams is reportedly openly excited about the last shot – which hopefully bodes well after seeing how well he stuck the landing in the dying seconds of Star Wars: The Force Awakens.

During an interview with IGN, Kevin Smith said the recent trip nearly clued him in on the big finale: “[The crew] were like ‘You have to see [this set], and when you see it, it’ll melt your mind.’” Abrams, though, warded off Smith’s curiosity – because it was the very last shot of the movie. According to Smith, Abrams explained that, “You don’t want this spoiled. You want to be in a theater when this happens, trust me.”

Whatever it was the team were filming, however, remains a mystery. Smith chose to avoid spoilers, and the rest of us are left wondering just what could be in those final few seconds of Star Wars Episode 9.

We’ll have to wait until December 20 to find out what was happening at the Pinewood set in London but, as Abrams says, you’ll want to find it out for yourself. 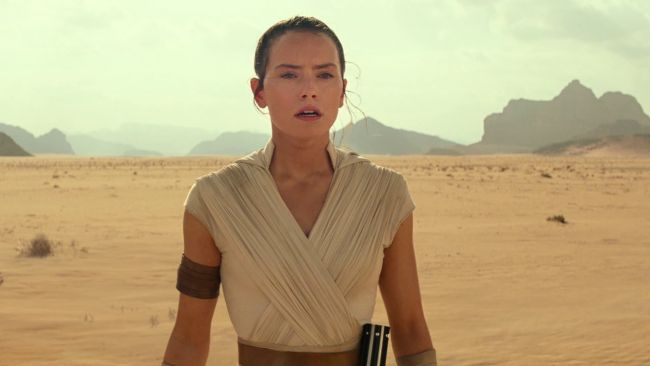