Disney debuted a groaning, multi-year slate of films last week—and its roster of upcoming blockbusters inspired just as many questions as it did answers. What were all those unnamed live-action Disney films? Which characters would the new Marvel movies focus on? And what area of that galaxy far, far away would a planned new trilogy of Star Wars movies tackle?

Well, now we have at least one answer. During a sales call Tuesday morning, Disney chief Bob Iger confirmed that the next Star Wars film following The Rise of Skywalker will be overseen by Game of Thrones show-runners David Benioff and D.B. Weiss, and is due in 2022. Weiss and Benioff are currently weathering a storm of backlash over the divisive final episodes of Thrones—which could mean that the Star Wars fandom, already squabbling over recent films like The Last Jedi and Solo, may be in for more controversy. 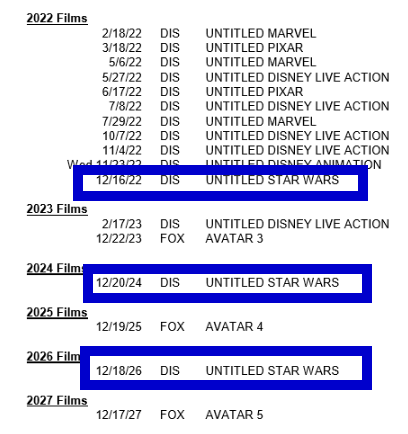