The Star Wars: The Black Series figures have been revealed from The Mandalorian, The Clone Wars, The Bad Batch and more! The Autobot ship from Transformers, the Ark, is now a converting robot! Autobot Ark converts between Ark ship and robot mode in 26 steps. Ship mode features landing gear and a ramp that comes down. Fit the included Optimus Prime and other micro figures inside the ship mode! Armed with Stormbreaker and Mjolnir, the son of Odin steps onto the battlefield to face Thanos one final time. Imagine harnessing the special powers of the Sorcerer Supreme’s talisman. One gaze at this premium role play Eye of Agamotto electronic talisman shows that this is no ordinary costume piece or collectible. Celebrate the legacy of Star Wars, the action-and-adventure-packed space saga from a galaxy far, far away, with premium 3.75-inch-scale figures and vehicles from Star Wars The Vintage Collection. There are five new figures in the G.I. Joe Classified Series from the new Snake Eyes: G.I. Joe Origins film: Snake Eyes, Storm Shadow, Scarlett, Baroness and Akiko! 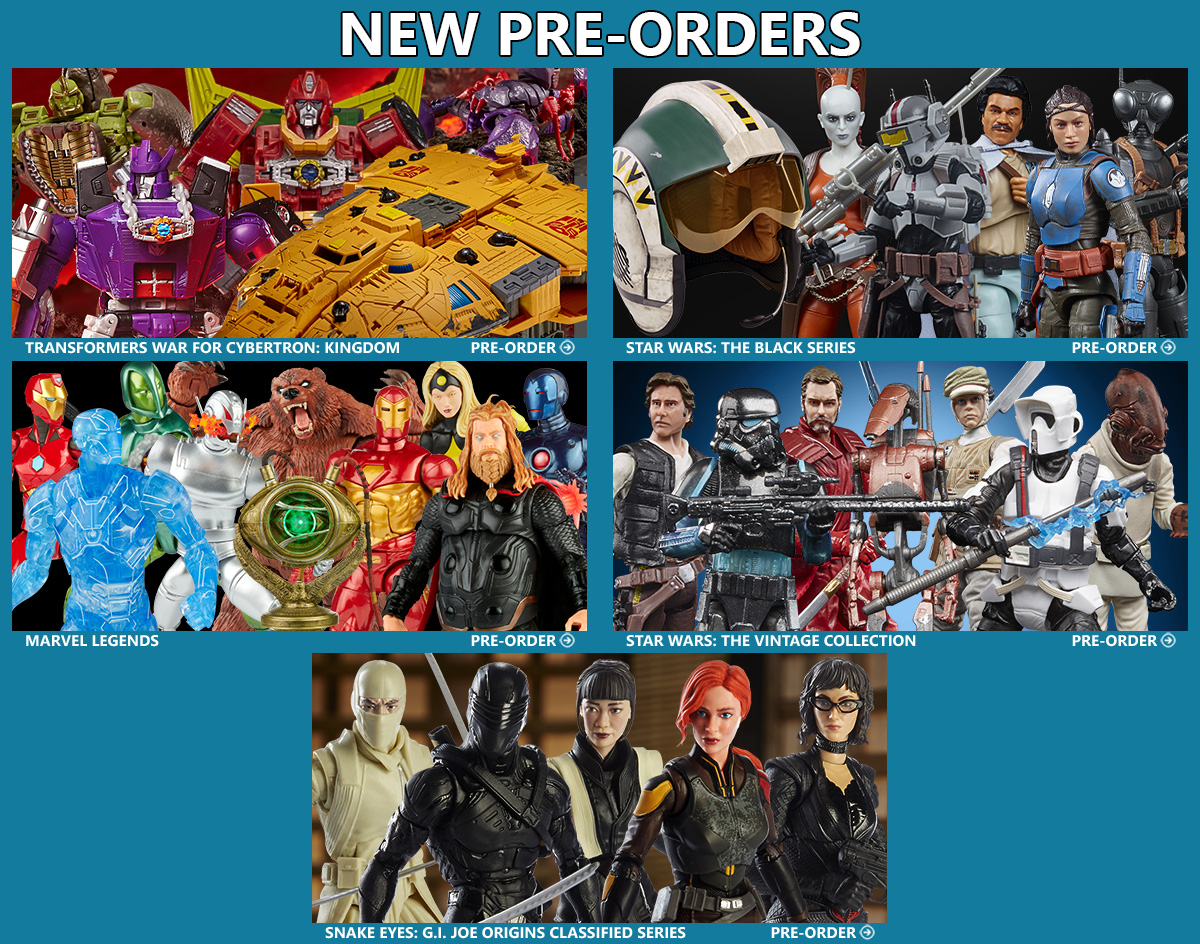