The Star Wars comics universe has given us so much. It’s introduced such beloved concepts as The Wheel (aka Space Vegas), Skippy the Droid, and, yes, even our sweet Jaxxon, an aggressive, green, carnivorous, bipedal smuggler/rabbit. Yet, despite its fanciful notions, not many prominent or deftly depicted female characters were introduced to the series.

At least, not until recently.

After the comics entered canonical Star Wars continuity as of 2014, there has been an explosion of new creators doing interesting things with characters both pre-existing and new. Many of the franchise’s most fascinating female characters are from the comics. While it is true we still have far to go to achieve true diversity in Star Wars comics (or anywhere), some pretty impressive strides have been made along the way.

The early days of Star Wars comics portrayed the cast without much in the way of character evolution. Even Leia Organa was mostly a watered down version of her cinematic self. Though it is true that Luke, Lando, and Han enjoyed new adventures and closer bonds, Leia was generally reduced to being the concerned girlfriend. In recent years, Leia has been given her own series and a more complex role overall, but it took a few hits and misses to get there. This is because the original Star Wars comic series was focused more on zany one-off extended universe adventures and less on deeply felt character beats. Its debut came before anyone had even the slightest idea that Star Wars was going to turn into the epic, galaxy-spanning, sequel-spawning universe that we know it as today. Thus, for an extended universe story, there weren’t that many new characters introduced to the mythos beyond one-dimensional villains and supporting cast.

One exception came in the form of Shira Brie. Introduced in Star Wars #56, she is a fellow pilot who begins a relationship with Luke Skywalker, but it is quickly revealed that she has been a spy for Vader all along. Luke crashes her ship, and she returns later to battle Leia as a cyborg. Also known as Lumiya, Brie is a fascinating and deeply malicious villain, far too good as a character to slip into the ether. She went on to be the main antagonist for the Legacy of the Force novel series. 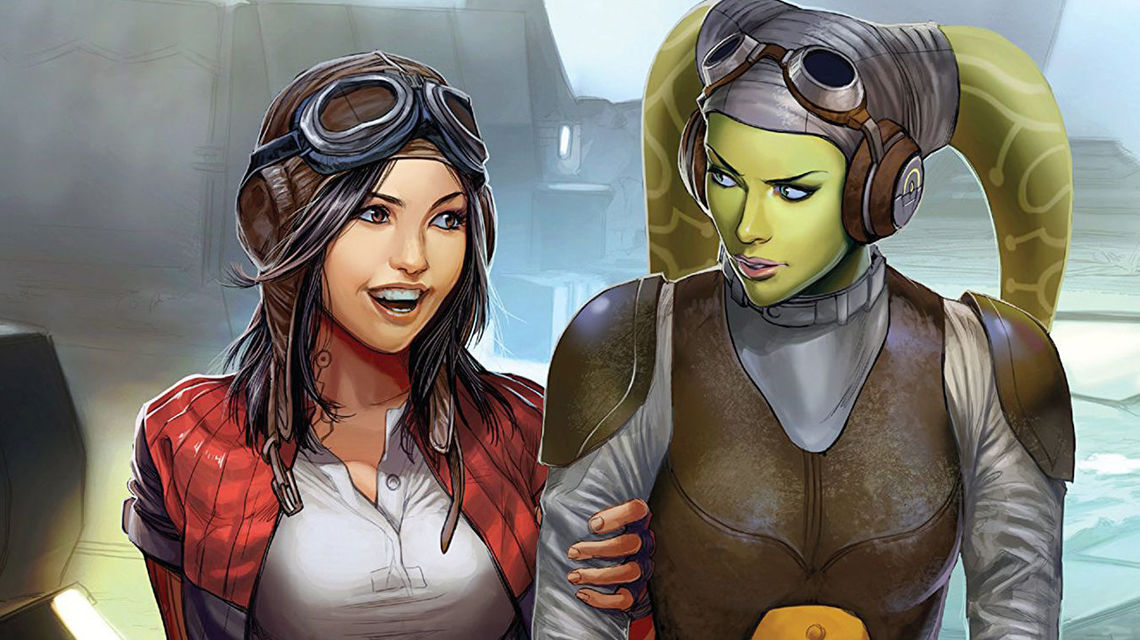