San Francisco, CA, January 14, 2020 – 43 years after Star Wars: A New Hope hit theaters, the legendary space saga unfolds in the galaxy of manga thanks to the latest story in the Skywalker saga.

Packing in all the adventure that fans would expect from Star Wars, publishing and entertainment juggernaut VIZ Media, in collaboration with Lucasfilm, presents Star Wars: The Legends of Luke Skywalker: The Manga.

Encounters with the elusive Jedi Luke Skywalker have mystified many in a galaxy far, far away. A cadre of renowned Japanese manga artists, Akira Himekawa, Haruichi, Subaru, Akira Fukaya, and Takashi Kisaki, brilliantly capture and bring him to life in this literary piece.

Star Wars and manga fans alike will delight in the storytelling and humor narrated in Star Wars: The Legends of Luke Skywalker: The Manga inspired by Nebula, Hugo, and World Fantasy award-winning author Ken Liu’s Journey to Star Wars: The Last Jedi. 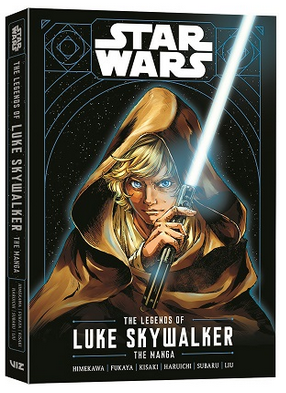