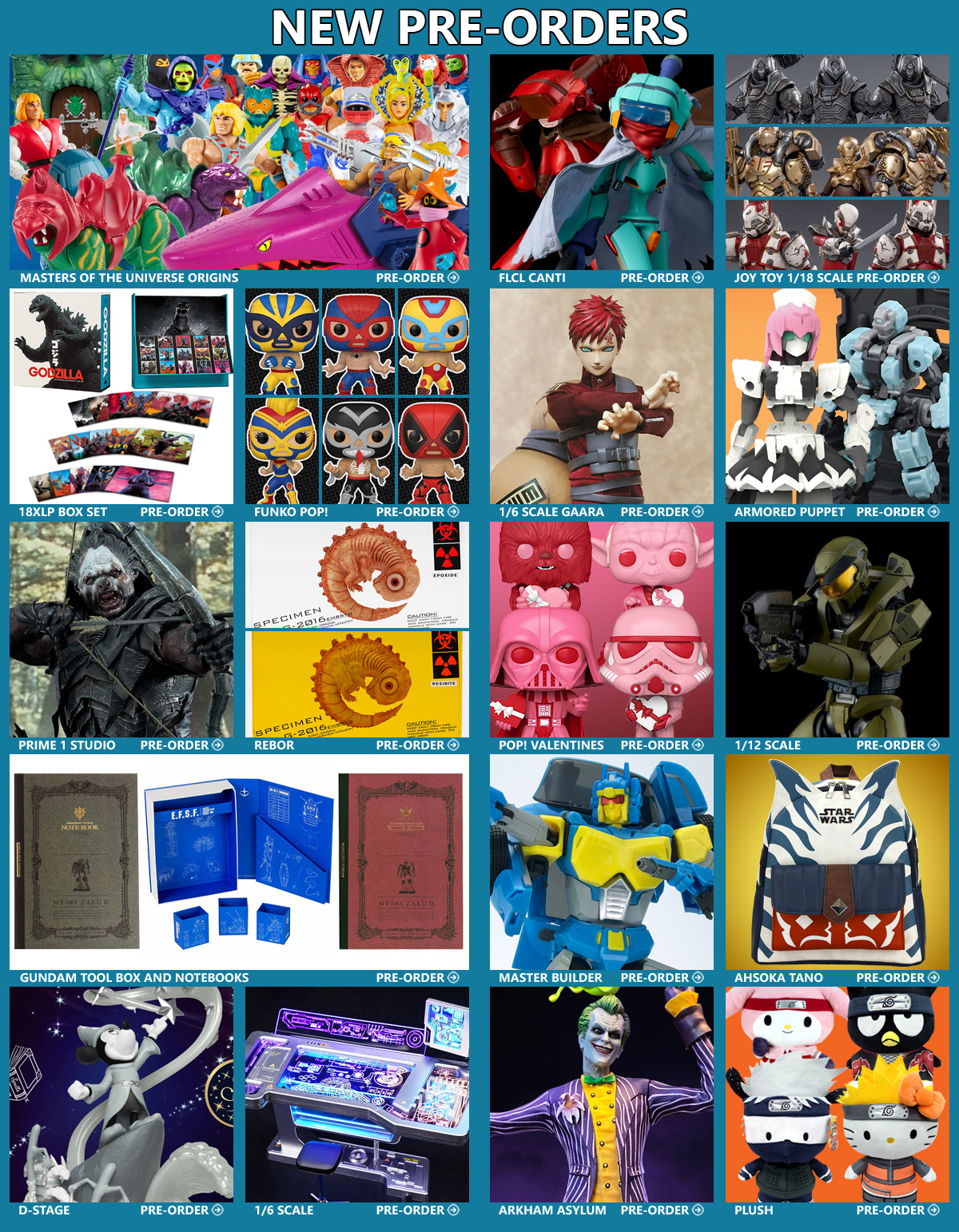 Masters of the Universe is back with Mattel’s Origins line. Canti, as seen in FLCL, reappears from Sentinel in a completely updated design! The Armored Puppet model kit series features Sci-fi and futuristic designs and has two new kits. Fans Hobby presents the MB-12A Nite Walker as part of the Master Builder series! Zen Creations proudly presents the leader of the Hidden Sand Village, Gaara. The second in the launch of their line of 1/6 Posable Anime Figures, Gaara stands around 11 inches tall and features over 30 points of articulation, along with interchangeable hands, head, and sand effects. All 15 Godzilla film soundtracks from Japan’s Showa era have been collected for the very first time in a prestigious box set! Joy Toy has 3 new figure sets in their Battle for the Stars line. 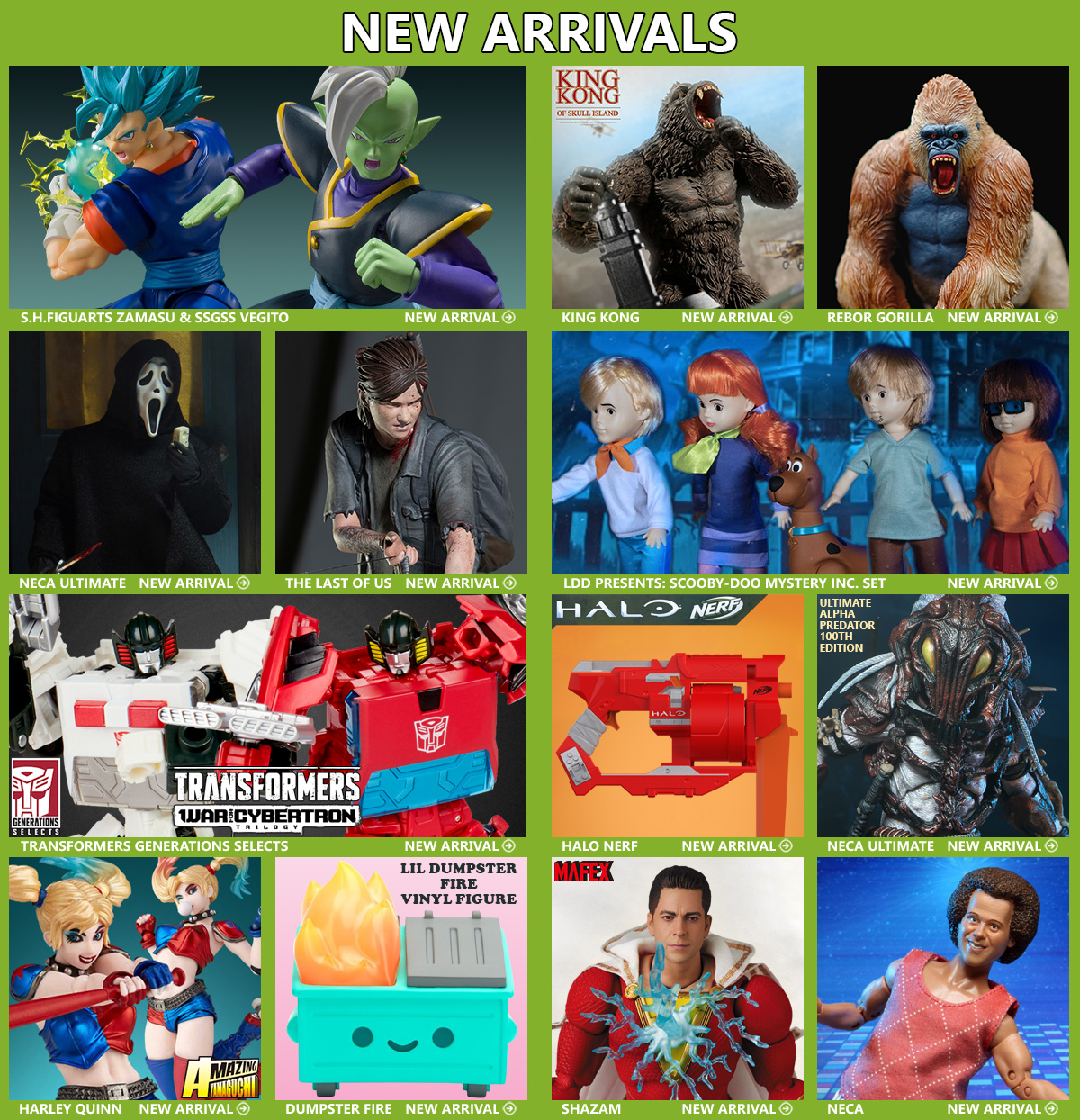 NECA’s Ultimate Ghostface is here! This Ultimate version also features 4 interchangeable heads, including the original mask, the bloody variant, a zombie mask, and a glow in the dark mask. S.H.Figuarts SSGSS Vegito and Zamasu have arrived! Mezco’s King Kong of Skull Island figure stands approximately 7” tall, is designed with over 25 points of articulation, and includes interchangeable hands and head portraits. From the video game The Last of Us Part II, Dark Horse presents the Ellie with Bow figure. Standing 8 inches tall, this stunning figure of Ellie was sculpted by the artists at Naughty Dog, and prototyped and painted by Gentle Giant Studios, offering meticulous detail and authenticity. The Ultimate Alpha Predator is an entirely new sculpt kitted out with an array of accessories including a removable mask, hook, gauntlets, and 3 pairs of interchangeable hands.