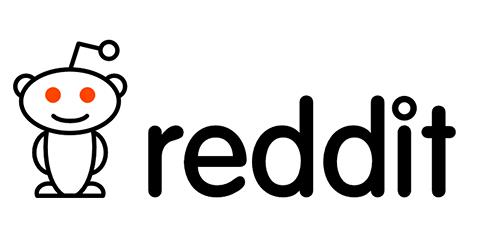 Earlier today, Jeremy Bulloch took to Reddit for a round of the ever popular, “Ask Me Anything” session. ‘Star Wars’ fans best know Bulloch for his role as the most fearsome bounty hunter in the galaxy: Boba Fett. As the majority of readers know, the “Ask Me Anything” event held on social media webiste, Reddit, allows anyone to engage in a Q&A session with someone of fame. There are usually no limitations on the questions (though the person hosting might decide to ignore the question) and really lets fans interact with celebrities in an inventive way.

Bulloch was first asked what is was like to see his character of Boba Fett tattooed on people all over the world. He replied with a entertaining anecdote. “The worst thing about that is I remember someone coming and saying, ‘Hey, Jeremy look at this!’ And they pulled up their shirt and there was a tattoo of Boba Fett. He said, ‘could you just sign this Mr. Bulloch? It would be very nice of you!’ So with a felt tipped pen, I signed my name. Not long after that, this guy comes up to me and said, ‘Look Mr. Bulloch!’ There was his sizzling flesh with my name, which I had written. He had it tattooed right on his bare flesh.” Only a ‘Star Wars’ fan understands that level of dedication.

Bulloch was also asked about the iconic Boba Fett costume, and if he was able to keep it after shooting ‘The Empire Strikes Back’ and ‘Return of the Jedi.’ Bulloch jokes that if he was a thief he would have stolen the costume and run off with it, but then goes on to tell fans that he was actually the Mandalorian armor as a gift. He noted that he was worn it twice for charity events and that he greatly enjoys showing it off. When asked what color Mandalorian armor he would wear if he could pick his own, he replied, “blue.’ Bulloch believes that Boba Fett (and lets face it, who is going to challenge him?) would have several different color schemes of armor, depending on the event. He could therefore be dressed up for a black-tie event or wear something “moody” while laying low.

The best part of the AMA though, was when a fan asked what the funniest behind-the-scenes moment Bulloch had while filming. Bulloch replied with this gem: “Well, I think one of the funniest was when we were rehearsing the carbon-freezing scene. I was treading on Darth Vader’s cape and we fell over and two of the biggest villains were floundering on the floor. We looked like two silly children. There’s lot of fun moments actually. Under a mask no one can hear you. There’s a part where I turn to an Imperial officer and say, ‘Put Captain Solo in the cargo hold,’ but I actually said ‘Put Captain Cargo in the Solo hold.’ Luckily I didn’t have to tell anybody because you can’t hear what I’m saying under the mask. But I didn’t have any lines…How on earth with so few lines could I make a mistake??”

There was a range of other entertaining questions and responses and you can peruse the full session, here. Bulloch wrapped up the Q&A by answering a question about his “plan” during a zombie apocalypse (yes, it got that zany). “Start the jet pack up and just fly around and burn through and remove them all.”