Columbia Sportswear and Lucasfilm have teamed up to create two special-edition jackets inspired by the ultimate battle between the light side and dark side of the Force.  On December 6, fans can now choose their allegiance, whether it’s the black “dark side” jacket with Imperial details or the grey “light side” jacket with features honoring the Rebel Alliance. Notable features include:

These timeless pieces will be available on columbia.com/StarWars starting at 12:01am EST on Dec. 6 and in-store at Columbia-branded retail locations in the U.S., Canada, Hong Kong SAR, and U.K.  The Columbia jackets are unisex styles and will be sold for $200 USD, while supplies last. 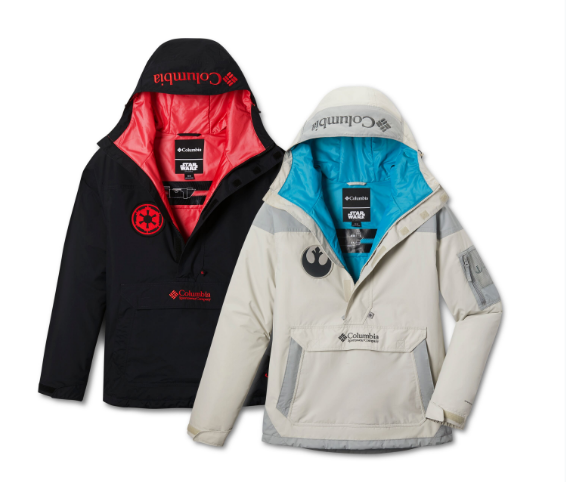